Instead, Cincinatti Bengals lineman Devon Still accepted the Jimmy V Perseverence Award on behalf of his daughter, whose immune system was deemed too compromised to appear in person.

Leah was first diagnosed with cancer when she was four and was given just a 50-50 chance of survival by doctors. Earlier this year, after months of painful treatments, she got the good news that the disease was in remission. Through all the ups and downs, Leah has continued to shine like a diamond (as evidenced in the Instagram post above).

Currently, Leah is receiving stem cell therapy and continuing radiation treatments to keep the cancer at bay. While she couldn’t attend the ESPY Awards, the stylish waif instructed her dad to “hold it down for her on stage” — and the big guy delivered.

Last November, Leah was able to attend her first Bengals game and hung out with the cheerleaders beforehand. Between quarters she came onto the field to help present a check for $1.3 million to Cincinnati Children’s Hospital. 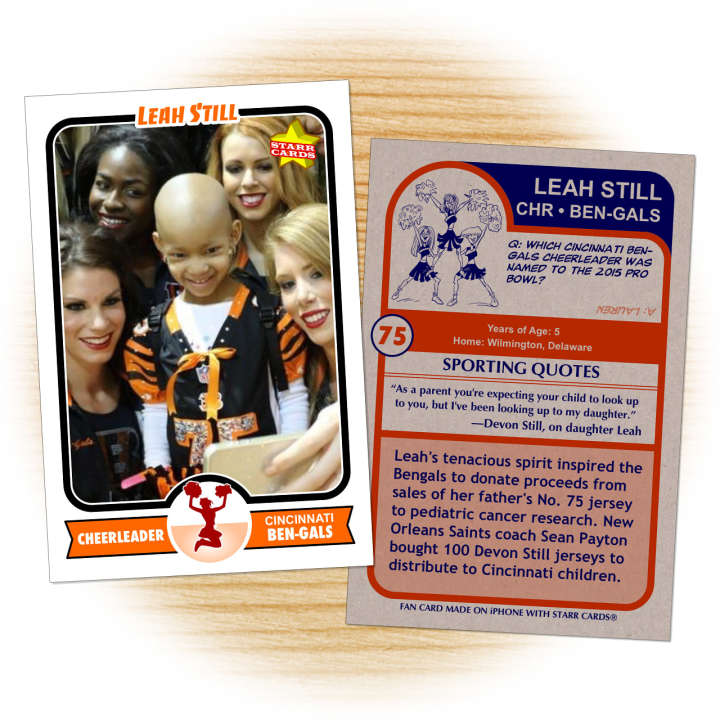 While, the Bengals lost to their in-state rival Cleveland Browns, Vikings receiver Greg Jennings succinctly summed up the game on Twitter.

With all due respect to the @Browns and @Bengals, Leah is the biggest star in the stadium tonight! #LeahStrong