With Donald Trump continuing to lead the pack in his bid for the Republican presidential nomination, fellow Big Apple moneybags Michael Bloomberg has floated the idea of running as an Independent candidate. Whether of not this Battle of the Billionaires ever materializes, Trump already partaken in one such dustup and came out on top — or, at least, unshorn. Confused? Read on…

BATTLE OF THE BILLIONAIRES

After Trump’s short-lived ownership of the USFL’s New Jersey Generals, the longtime pro-wrestling fan made several World Wrestling Entertainment appearances. In a 2007 episode of RAW, Trump and WWE Chairman Vince McMahon negotiated a Battle of the Billionaires to be contested by proxy, with the loser agreeing to have his head shaved by the winner.

At the contract signing, it was revealed that McMahon would be backing Intercontinental Champion Umaga in a bout with ECW World Champion Bobby Lashley, who would have Trump in his corner.

''I saw the other night, John Travolta, he prefers Trump. I see others prefer Trump. The poll shows 95 percent of the Hollywood celebrities want your head shaved, and we're going to do it, Vince.''

One can clearly see Trump’s present-day crowd-working skills being honed as the WWE storyline played out.

At WrestleMania 23, a lengthy back and forth struggle between the champions ensued, with Umaga eventually laying Lashley and guest referee Steve Austin out cold on the canvas. McMahon was mocking the prone Austin, when Trump tackled him and appeared to deliver a series of elbows to his head. Austin recovered to perform his Stone Cold Stunner move on the Samoan Bulldozer, and then Lashley rushed in for the pin. 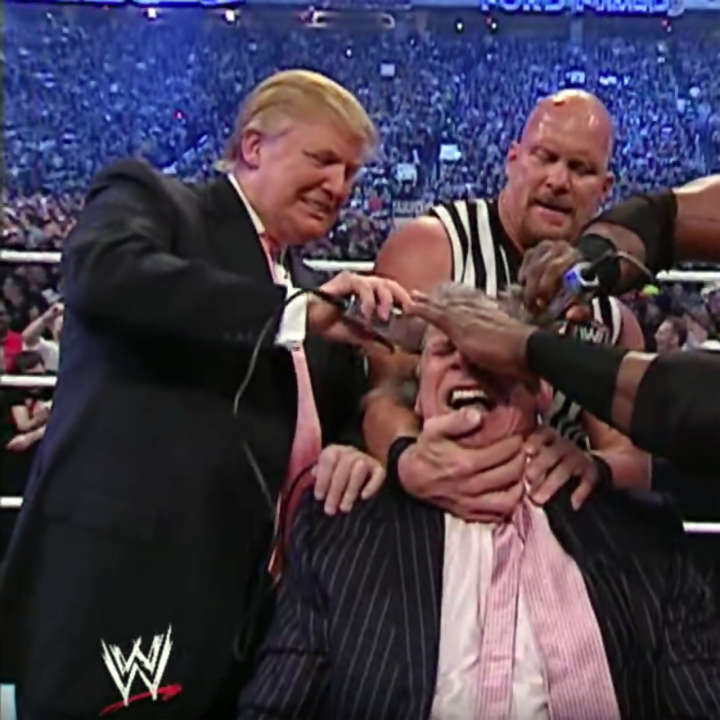 McMahon, visibly shocked by the outcome, reluctantly took a seat at the center of the squared circle, where Trump and Lashley delighted in shearing off his hair with electric trimmers. For his barber-ism, Trump was awarded a spot in the WWE Hall of Fame in 2013.

If Bloomberg ultimately does decide to compete with Trump in the presidential race, he will have to watch his backside to avoid the indignity suffered by McMahon. 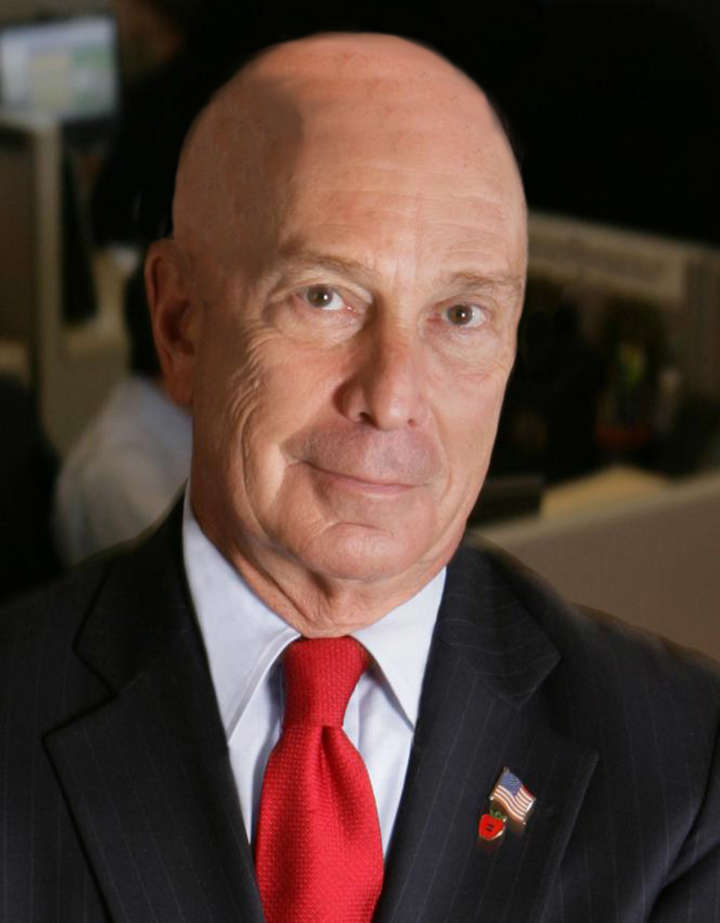