For those unfamiliar with Sir Donald George Bradman, one might describe the legendary Aussie as the Michael Jordan of cricket. Though really, it is Jordan that should be called the Bradman of basketball, as the latter’s playing career predated the Bulls guard by several decades.

As noted on Wikipedia, Bradman’s career Test batting average of 99.94 is sometimes cited as the greatest achievement by any sportsman in any major sport. 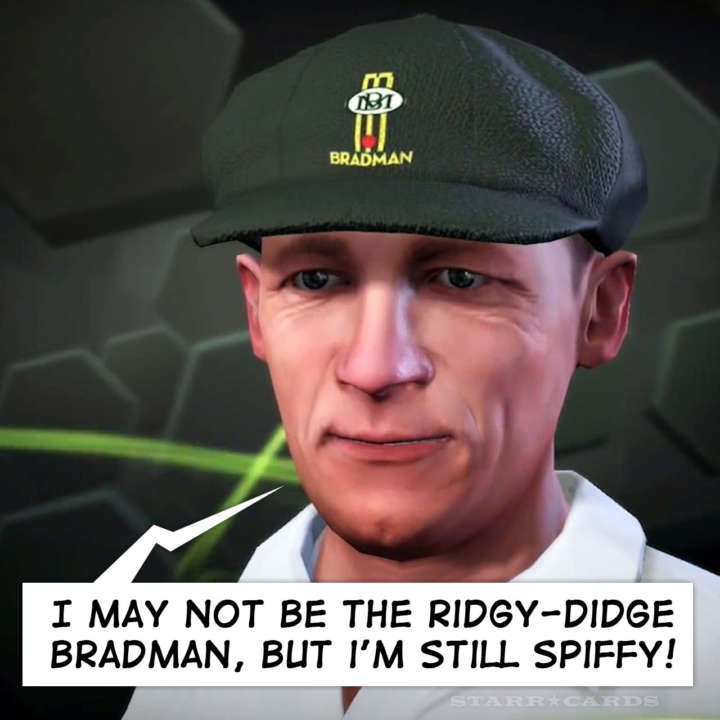 While Bradman shed his mortal coil at the age of 92 in 2001, the iconic batsman lives on in sumptuous 3-D graphics courtesy Don Bradman Cricket — a video game from Big Ant Studios.

GameGrumps provided a blow-by-blow account of the original Don Bradman Cricket 14 gameplay in a comprehensive review uploaded to YouTube. Sensitive ears be forewarned, the language is consistently salty, with F-bombs dropped liberally all over the field.

Late in 2016, Big Ant Studios released the long-awaited sequel — Don Bradman Cricket 17 (PS4, Xbox One and PC). A demo is available on Steam and showcases a much more full-featured character creator.

With the updated game, users are able to design cricketers with everything from moles to custom tattoos. Imagine, if you will, Bradman with “Original Gangster” inked across the back of his neck in gothic lettering…