As inexact a science as measuring the height of ocean waves is, a handful of inches can determine whether a record has been broken. For big-wave surfer Rodrigo Koxa, just 24 inches made a world of difference…

On November 8, 2017, Koxa surfed a monster wave the coast of Nazaré, Portugal, that was officially measured at 80 feet in height (24.38 m). The 38-year-old Brazilian is now the official Guinness World Records title holder for the Largest Wave Surfed (Unlimited). 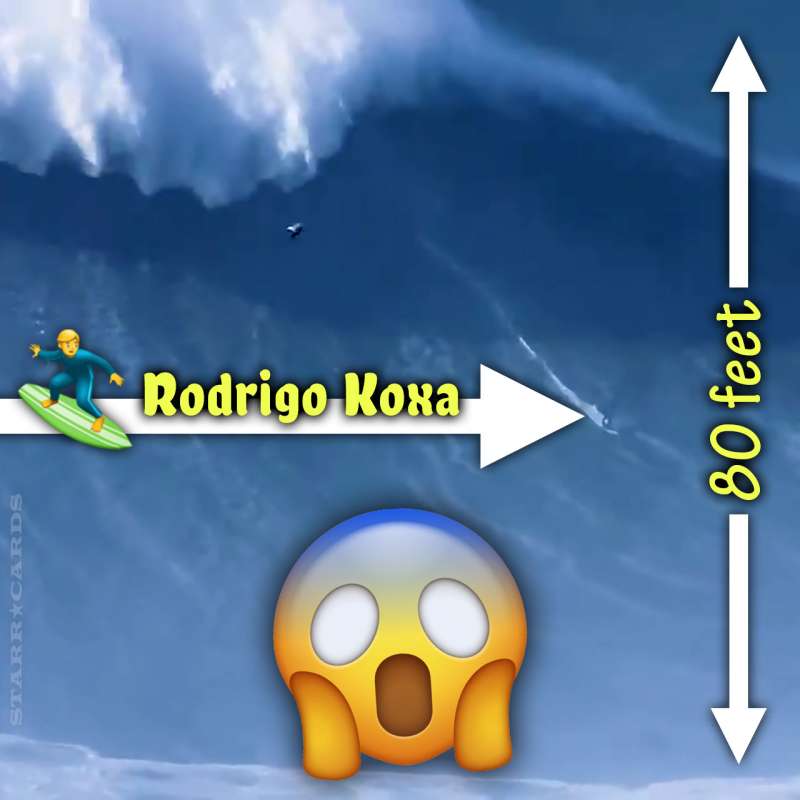 For his hair-raising ride, Koza was awarded the Quiksilver XXL Biggest Wave award by the World Surf League (WSL) at an event in California, US, on April 28, 2018.

The previous record was also set at Nazaré. In November 2011, American Garrett McNamara managed to surf a mammoth 78-foot wave after being towed in by his jet-ski partner, Andrew Cotton.