If Evel Knievel raised a family with Cirque du Soleil it would probably look something like The Flying Frenchies. For their latest death-defying stunt, the daredevil group headed to the Vercors mountains in their homeland, where they surfed atop a highline suspended 2000 feet in the air. 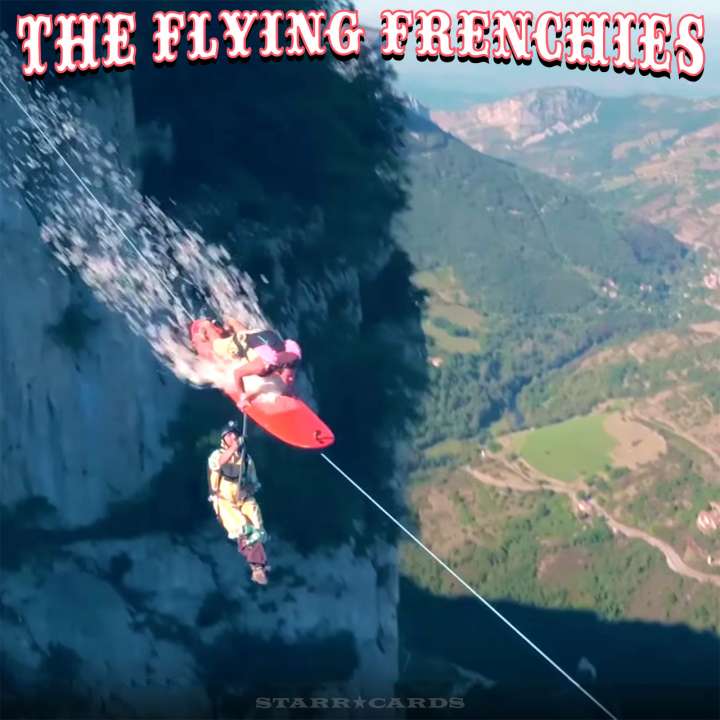 Releasing feathers to simulate the spray of surf, the high-flying Frenchmen reached speeds of nearly 50 mph before base jumping to the valley below.

Cofounded by Tancrède Melet and Julien Millot, The Flying Frenchies brought together an eclectic mix of artists, athletes and engineers with a love for outdoor adventure and derring do. In one of their earlier viral videos, they executed a variety of fantastical feats in the fjords of Norway, including launching one of the members from a giant-sized catapult inspired by the popular Angry Birds app.

Needless to say, the group’s antics come with considerable threat to life and limb. Melet, who was the first man to jump in wingsuit from the Pilier Central du Freney, died on January 5, 2016, after falling from a hot air balloon.