By the Numbers: Percentage of NHL players from Canada, USA, Sweden and every other country

By the Numbers: Percentage of NHL players from Canada, USA, Sweden and every other country

From the founding of the NHL in 1917, when all four of its teams were located to Canada, to the current-day mix of 7 Canadian and 24 American teams, the league has been getting progressively international in the makeup of its players. 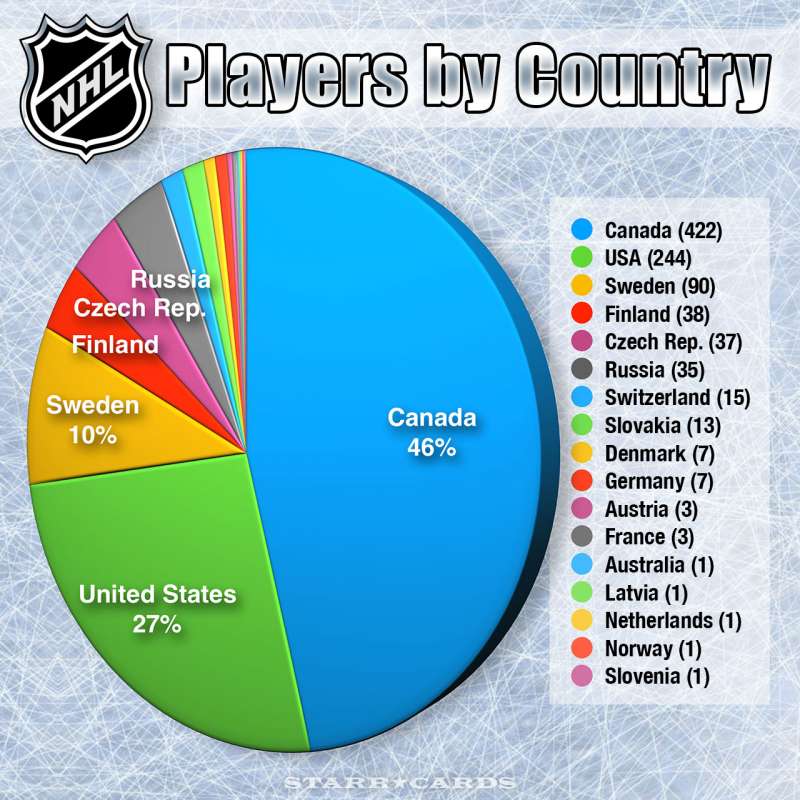 While nearly half the NHL’s players still hail from Canada, the past couple of decades have seen an influx of players from Europe, with almost 15% of the league’s 878 players now coming from Scandinavian countries.

Below, we present the total number of players from each country and last season’s points leader from each…

Fully 45.9% of the NHL’s players still come from the country in which the league originated. Edmonton Oilers star Connor McDavid, who was born in Richmond Hill, Ontario, edged countryman Claude Giroux to lead the league with 108 points this past season.

Pittsburgh Penguins right winger Phil Kessel, who was born in Madison, Wisconsin, led the 228 NHL players born in the United States with 92 points.

Of the remaining eleven countries, Switzerland (15) and Slovakia (13) have the greatest number of players, but the highest scorer in this group is Los Angeles Kings star Anze Kopitar, the lone NHL player from Slovenia.