Until recently, cats had to get their Olympic Games fix through watching humans perform in wide ranging sporting events, while their own species’ athletic endeavors were relegated to mostly unsanctioned events in viral videos.

Olympic gymnastics are a particularly strong draw for the cat crowd, but still it’s not the same as rooting for fellow members of the feline nation.

Fortunately for our furry friends, the Hallmark Channel debuted the Kitten Summer Games to run in tandem with this year’s Rio Olympics.

Aside from an excuse to use litter box-load of cat-inspired puns, the KSG has the noble intention of finding homes for all the contestants once the competition concludes.

Nadia Come ‘N Scratch Me was coached to gymnastics purr-fection by Bela Cat-rollie. 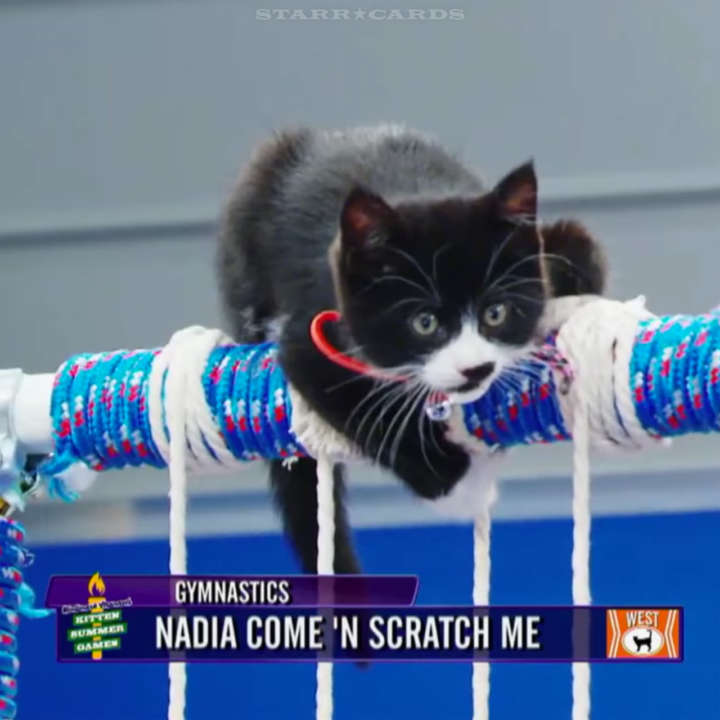 Kitten wrestling spilled from the mat onto the track, with Purr-cules leading the way.

Hissty May and Tabby Reece made the cover of Mewsweek with their beach volleyball prowess.