While Twitter sometimes serves as a powerful platform for social change, it is far more frequently the dumping ground for unfiltered insults, invective and incivility. With the passions inspired in fans of professional sports teams, star players often serve as super-sized targets for such mockery — including the NFL’s elite.

Three years ago, Jimmy Kimmel Live debuted the NFL edition of its Mean Tweets segment — in which stars read nasty comments about themselves — and the video has gone on to tally more than 25 millions views on YouTube. With the edition released in early 2108, there are now three compilations of contempt to contemplate. 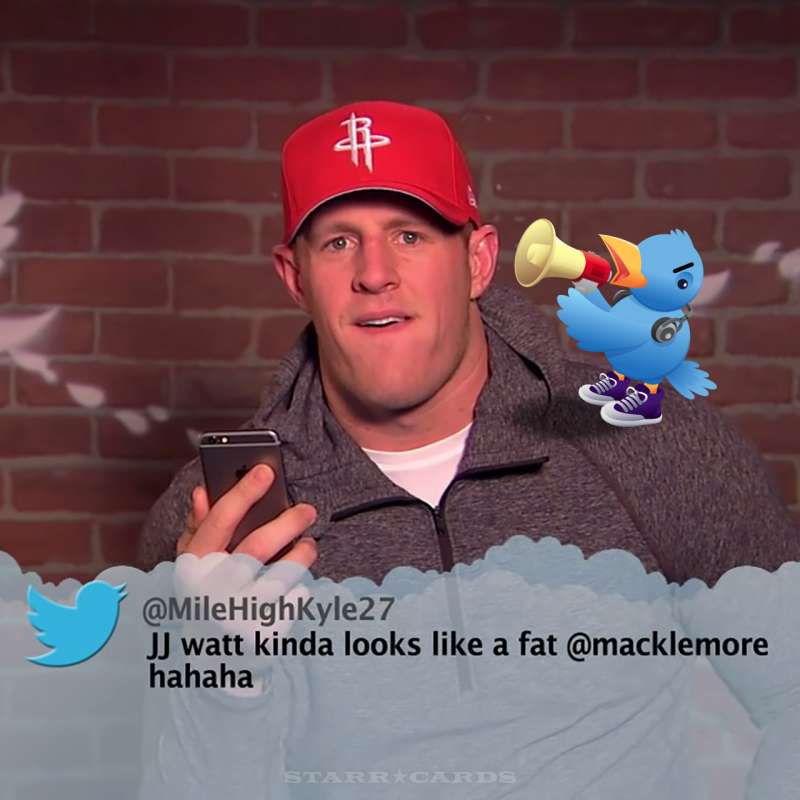 Watt, in particular, did not look amused by his detractor’s suggestion that he looked like a fat version of the rapper Macklemore.