As American Ninja Warrior has grown in popularity, the attention paid to its star athletes has increased — so too have the nerves experienced by racers prior to taking on the obstacle courses where one wrong move can end one’s season.

Even a veteran ANW racer like North Carolinian Neil Craver, who has taken such lengths as to train on his own flaming version of ANW’s Salmon Ladder obstacle, was feeling the anxiety ramp up before his run at the Atlanta Qualifier.

As an established ANW star, “Crazy” Craver was able to forego the days-long wait that walk-ons endure for a chance to race, but he still had to make the 5-1/2 hour road trip from his home in Winston-Salem to Atlanta before he could take part in the qualifying round.

The day prior to his run, Craver visited an Atlanta-area ninja gym to get in some last-minute practice. Later, he took an ice bath, followed by a hot soak to relax his muscles.

On the day of run, the 35-year-old passed the hours with some AcroYoga practice with girlfriend Chloe Nickles, before heading back to the hotel for a wardrobe change. 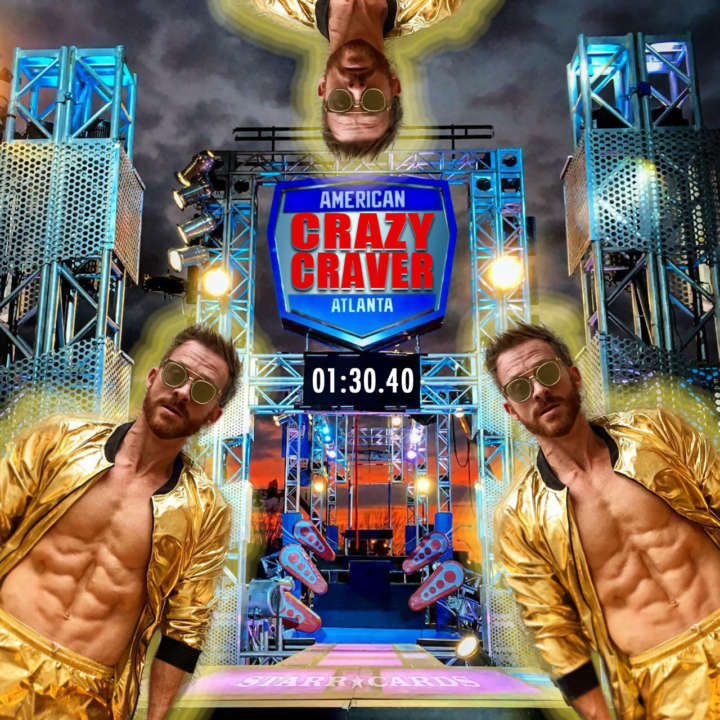 With Nickles and the crowd in the grandstands cheering him on, Craver shook off the nerves to complete the course faster than any of the competitors before him. His time of 1:30.40 was more than good enough to secure a spot in the Atlanta City Finals which will be contested in a few weeks.