Chandler Parsons’ season with the Dallas Mavericks ended prematurely after he had knee surgery performed on a torn meniscus late last month. Months earlier, he rolled around SoCal with VICE Sports and dished on his last game versus Kobe Bryant, playing for Billy Donovan in college, and his failed recruitment of DeAndre Jordan.

Among the tidbits of trivia dispensed by the six-foot-nine Florida native, is the diverse range of music he enjoys — including mushy love songs, like Adele’s “Hello.” 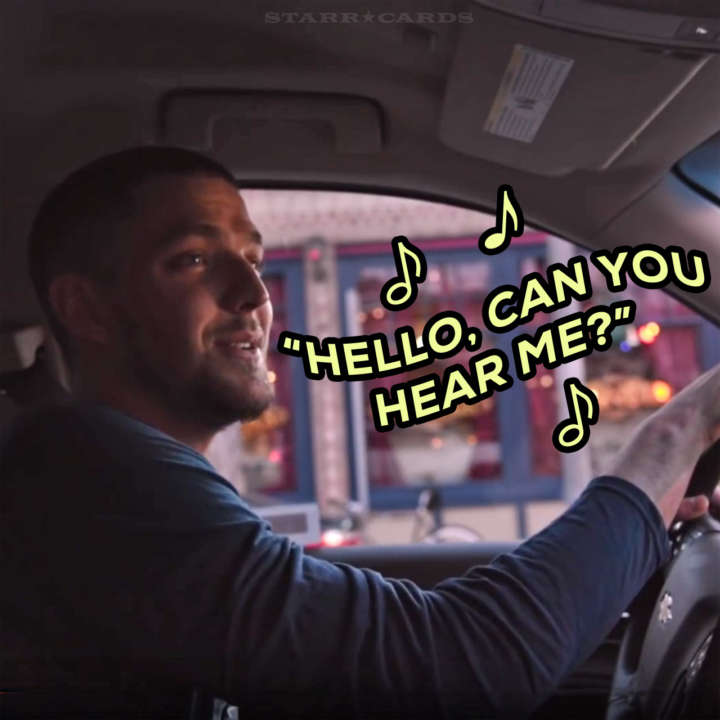 ''My music game is all over the place. I listen to a little bit of everything. Obviously, before games I like hip hop. I love Drake... but I'm weird though. I like mushy love songs. Like Adele before a game gets me ready to rock.''

— Chandler Parsons, on his taste in music

Parsons is a free agent after this season and Dallas will have to decide how much money to spend in pursuit of the 3-point specialist. In the meantime, Parsons sat courtside to enjoy the Mavs’ upset victory in game two of their playoff series with the Oklahoma City Thunder.

The shenanigans which sandwiched the game were almost as entertaining as the game itself. Before the game, Mavericks forward Charlie Villanueva ran interference by stepping in the middle of Russell Westbrook and Cameron Payne’s dance routine.

Shoutout to whoever dropped the confetti. #fired

A potential game-winning putback by the Thunder’s Steven Adams was disallowed, but not before some confetti was prematurely released at Chesapeake Energy Arena. Parsons took to Twitter to express his obvious delight at the snafu.