John Cena appeared on The Tonight Show Starring Jimmy Fallon earlier in the week, where he shared with the host that he had started bodybuilding at age twelve with a Joe Weider weight bench at his parents’ house in West Newbury, Massachusetts. Fallon produced a competition photo of Cena when he was 21-years-old, which caused the WWE star to wax philosophical about his chosen profession. 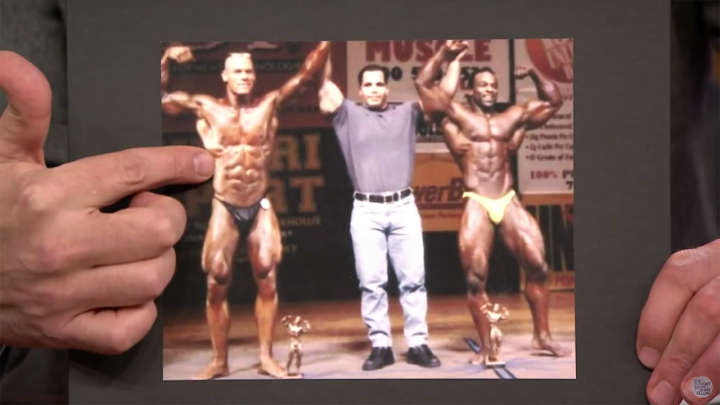 — John Cena, on his chosen profession

After the break, Fallon commented how much everybody loves Cena, which triggered a pensive soliloquy from his hulking guest. Cena proceeded to nostalgically butcher Adele’s “Hello” not once, but twice — the second time prompting his inner child (played by YouTube-sensation Troye Sivan) to emerge from behind the curtains.

After embracing his inner child, Cena did what any hard-wired pro wrestler would do and body slammed Sivan to the hard stage floor.

The off-beat sketch nonwithstanding, Cena’s primary purpose for stopping by The Tonight Show was to plug his role as a drug dealer in the Tina Fey and Amy Poehler comedy Sisters.