Not only is Dude Perfect far and away the world’s most popular trick-shot crew, but they also hold the record for having established or broken the most trick-shot world records.

After setting a slew of basketball world records, Dude Perfect headed to the TCU Horned Frogs’ Amon G. Carter stadium in Fort Worth, Texas to try their luck with the pigskin. 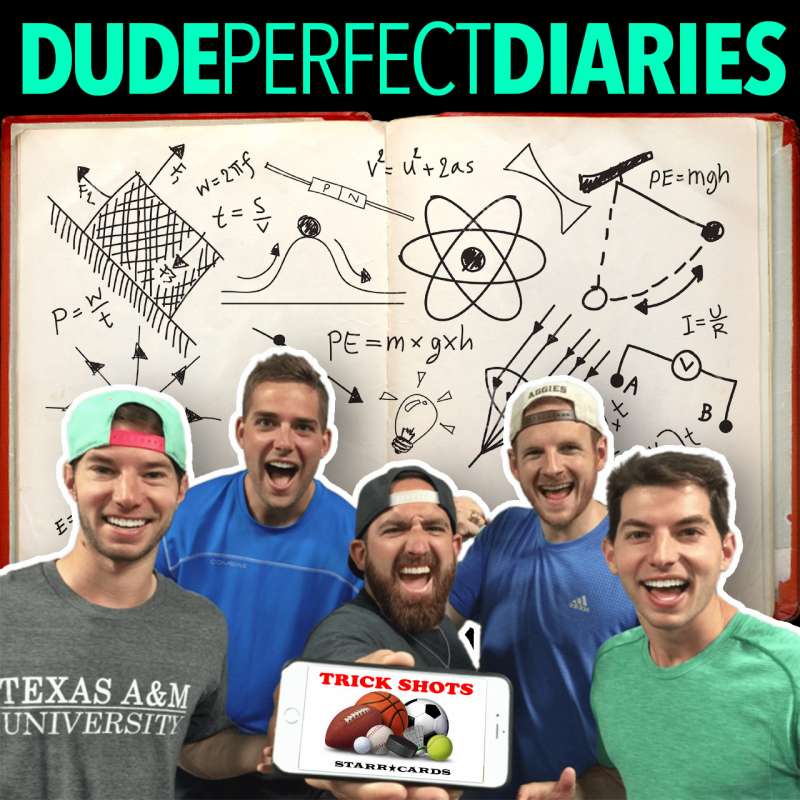 Some of the other records Dude Perfect was credited with are a tad dubious. For example, the marks set for Farthest Distance to Hit a Moving Target, Most Throws Through a Tire in a Minute and Most One-Handed Catches in One Minute, all seem likely to have been surpassed by NFL players in training camp at some point.

One record in particular — Longest Behind-the-Back Catch — stands out. Guinness awarded Garrett Gilbert with the record with a catch made at 41.3 yards, but consider that Nebraska receiver Jordan Westerkamp caught a pass behind his back over nearly as long a distance in 2014… during a game no less!

One record that is truly unique, and unlikely to be broken any time soon, was Highest Football Pass Caught. Tossing the ball from a helicopter hovering 563 feet above the field, Cody Jones completed a wind-blown pass to Tyler Toney.

In the bonus footage from Dude Perfect’s outing we get to appreciate the crew’s diehard commitment to persistently smiling through early-morning cold and the countless failed attempts that lead up to those brief moments of glory.