Fads have been rising up at a fast and furious pace over the past few years from the Harlem Shuffle to the Ice Bucket, Running Man, and Mannequin Challenges. Each has subsided after a few frenzied months in the spotlight. From a statistical standpoint, FiveThirtyEight has declared the most recent craze — that surrounding the new-fangled fidget spinner — is over, but then YouTube trick-shot artists Dude Perfect went and revived it… 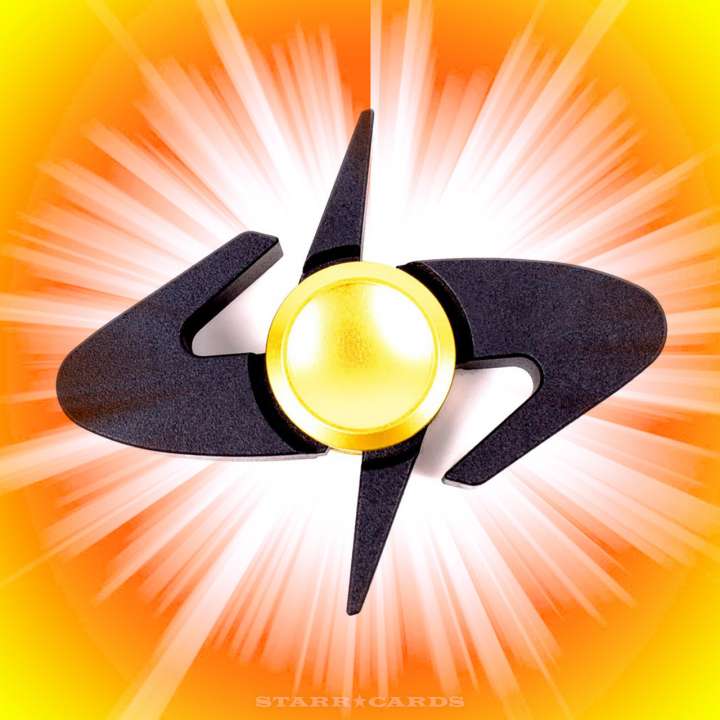 In a spinner-vs-spinner battle, the DP-branded spinner, playing on its home table, sent a Ninja Star of Catastrophe flying off the table for the win.

A month earlier, brothers Colin and Matthew made a fidget spinner trick shot video that is already well on its way to becoming one of the most popular offerings ever on their five-year-old YouTube channel That’s Amazing.

At the height of the fidget spinning fad, Australia’s GeekBite offered up an odd assortment of “pro fidgeter” tricks in a video which included the Hot Potato, Nose Spinner, Call Your Mom and Tell Her You Love Her, and, last, but not least, the Over the Fidget Trap and the Throw the Dart at the Fidget Spinner While it Spins on the Dart Board and Try to Get it Through One of the Holes in the Fidget Spinner and Also Get Twenty Points on the Dart Board.