Carmelo Anthony dropped by the The Tonight Show starring Jimmy Fallon where the host talked the New York Knicks star into taking part in the Running Man Challenge — albeit, reluctantly. 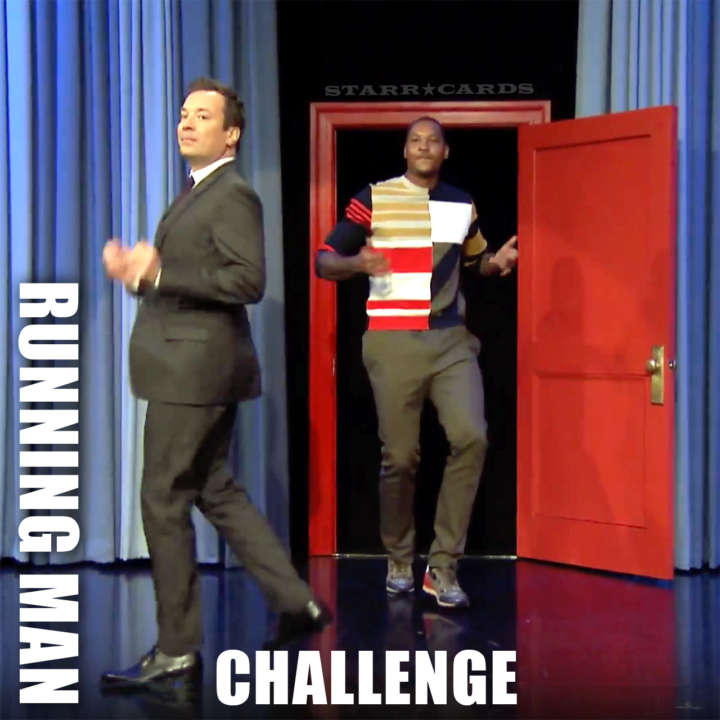 Anthony will need to polish up his groove ahead of the Puerto Rican Day Parade for which he’ll serve as this year’s king on June 12. Speaking of kings…

Anthony’s friend LeBron “King” James may have the starring role in Space Jam 2 all locked up, but Melo’s cameo in the upcoming Teenage Mutant Ninja Turtles: Out Of The Shadows is already in the can. Anthony spoke of his affection for the franchise with Fallon, and has even designed Ninja Turtle-themed boys activewear in partnership with Macy’s and Nickelodeon.

''I was always a big fan. If you wasn't a fan of the Turtles growing up then something, something is wrong.''

A week ago, Anthony appeared on Live with Kelly where he debuted a clip from the forthcoming film.