The Dude Perfect crew is back after their recent water bottle-flipping foray to partake in a four event football challenge vs the NFL’s Mike Evans, Tyrann Mathieu and Ezekiel Elliott. 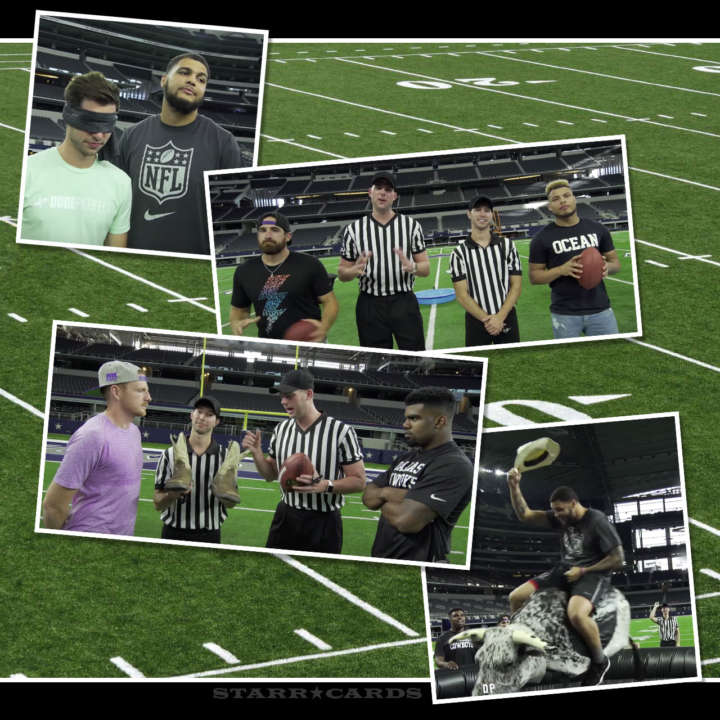 Using a Madden 17 scoring system Coby Cotton got DP off to a good start by defeating Mike Evans in a blind-punting challenge 82-68. Tyrann Mathieu put the NFL up by prevailing 86-41 over Tyler Toney in a left-handed throwing challenge, before Elliott padded the lead with a 89-65 victory in cowboy-boot punting, and Evans sealed the deal by going 5-for-5 as a bull-riding receiver.