Just as the Tonight Show with Johnny Carson was long considered the ultimate destination for comics, the Ellen DeGeneres Show is fast becoming the same for gymnasts. This year alone, Ellen has played host to three of the United States’ most popular gymnasts. 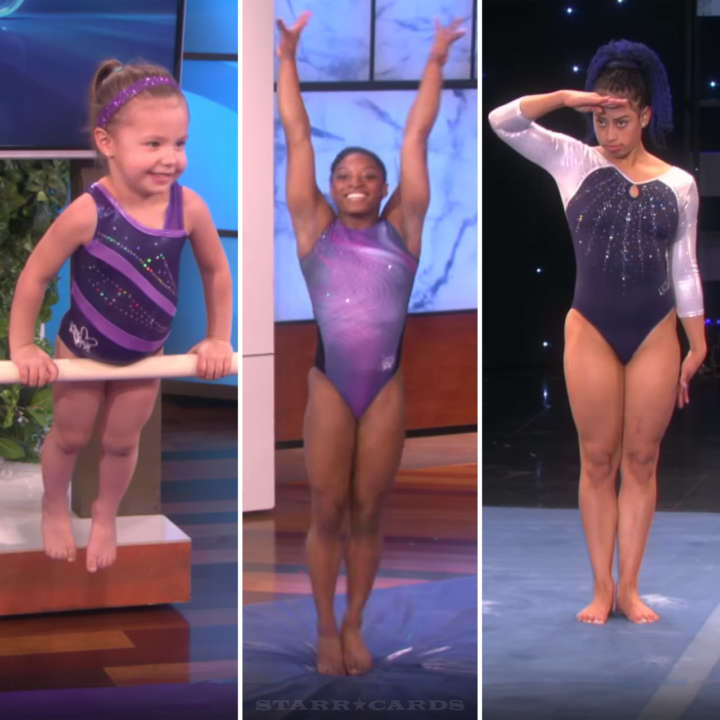 From sitting down with 3-year-old Emma Rester to chatting with 3-time World all-around champion Simone Biles, Ellen has been giving new meaning to the phrase “gymnastics meet.”

Last month, Emma was a guest on the show and the YouTube video has since garnered more than 15 millions views. Emma’s precocious talent, along with that of 7-year-old Konnor McClain, bodes well for Team USA’s continued success in gymnastics.

A photo posted by Emma Rester OFFICIAL (@emma_minigymnastbigdreams) on Apr 12, 2016 at 3:16pm PDT

Fame has had its perks for Emma. Aside from scoring a massive container of Hershey’s Kisses from Ellen, the young Texan received a hot-pink leotard from former Olympic gold-medalist Shannon Miller. Along with Gabby Douglas, Emma’s other favorite gymnast is Biles — who was a guest on the show in March.

During Bile’s visit with Ellen, the 19-year-old confessed to having a massive crush on Zac Efron. She then wowed the studio audience with a seemingly effortless routine on the balance beam.

Biles will lead a hyper-talented group of Team USA gymnasts to the Summer Olympics in Rio, where she will try to break the jinx of world champs that underperform on the biggest stage of all.

Earlier this year, UCLA gymnast Sophina DeJesus broke the internet with her hip-hop dance moves during her floor exercise performance. Her footloose and fancy free spirit earned her an invite on the Ellen DeGeneres Show where she reprised her spirited routine.