Take the classic children’s game of capture-the-flag, mix in the zombie hoard from the popular World War Z video game and some MMA-style grappling, and you’ve pretty much got yourself the Japanese sport of bo-taoshi.

The rules of bo-taoshi (literally “pole topple”) are pretty straightforward; each team defends a 12-foot upright pole that the opposing team attempts to bring down. Positioned at opposite ends of a field, each team has 75 defenders, dressed in white, who try to fend off a similar number of swarming attackers dressed in their respective team’s colors. 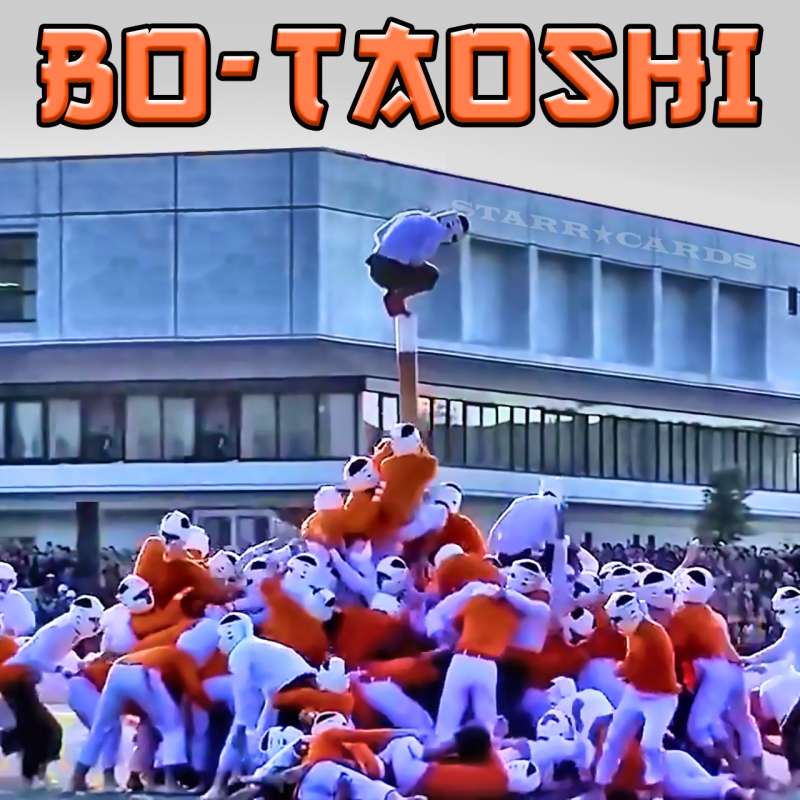 The attackers try to jump, punch, claw, pull, climb and wrestle their way through the defenders to reach the pole then lower it to a 30-degree angle with respect to the ground (think the famed Raising the Flag on Iwo Jima photo in reverse). A player perched atop the pole attempts to keep it upright while kicking attackers away. Played with minimal protective gear, bumps, bruises and worse are not uncommon mementos of gameplay.

While played primarily at Japanese high schools, the most prominent game of bo-taoshi is contested at the National Defense Academy of Japan on the yearly anniversary of its founding. Initiates play both for the honor of their battalion and life-long bragging rights.