Earlier in 2017, Jeremiah Miller was finishing up his senior year at Timber Creek High School while splitting his extracurricular time between the wrestling team and chorus. Now, just months after graduating, the Fort Worth, Texas resident is grappling with competition on NBC’s The Voice and dating fellow contestant Kiersten Dawson.

A second-generation prep wrestler, Miller joined the chorus as a freshman and soon found himself called into duty as an anthem singer before the wrestling tournaments and dual meets in which he competed. 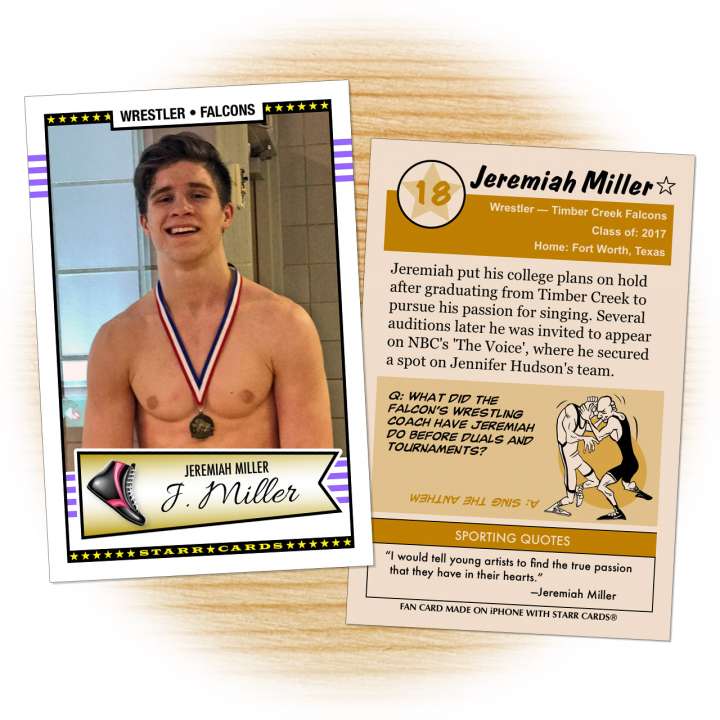 Prompted by his mother, Miller made the trek to Chicago to audition for the The Voice, and was one of the lucky few selected to perform on the show’s blind auditions.

Miller sang Niall Horan’s “Slow Hands” during his blind audition, prompting chair turns from coaches Adam Levine and Jennifer Hudson. Despite citing “Won’t Go Home Without You” by Levine’s Maroon 5 as the first song he ever learned, Miller opted to join Team Jennifer.

''He's a future star and it's very clear to me he could be major.''

Next up for Miller is the battle rounds where he will be pitted against another member of Team Jennifer for the opportunity to advance.