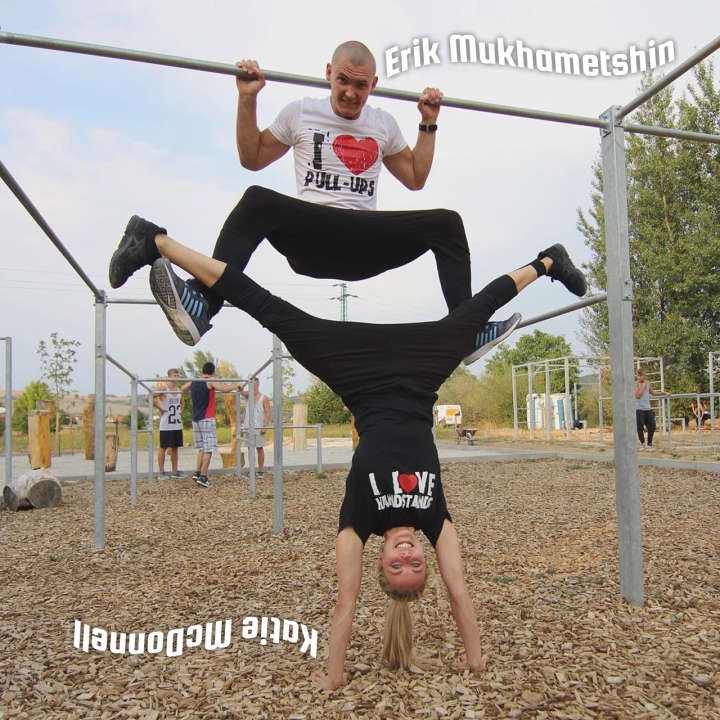 Earlier this year, Katie McDonnell was cheered on by boyfriend and fellow freerunner Erik Mukhametshin as she became the breakout star on the first edition of Ninja Warrior UK. Since then the two have kept busy, leaping, lunging, flipping and flying around the globe in preparation for Series 2 of the obstacle racing competition.

The flowing grace with which some Ninja Warrior competitors navigate the obstacles makes it’s easy for viewers to underestimate the intense dedication required to perform at the highest level. McDonnell’s vlog shows clearly the commitment necessary to secure success, even when recovering from a tweaked achilles.

Little #calisthenics session this evening. Forgot it was a Sunday and that the gym would be shut early, so headed down to the park to drill this little routine over and over. (Trying to work on the wonky shoulder thing I have going on at the moment…) #bars #training #bodypower #thisgirlcan #girlcalisthenics #fitness #workout

With both McDonnell and Mukhametshin still on the mend, the early part of July brought some one-legged synchronized stunting in Germany, followed by a romantic respite in Venice.

Beautiful city with the most beautiful girl ☺️ #Venice #Italy

The waning days of summer meant more skipping about Europe, and saw the introduction of Ninja Warrior specific training on the salmon ladder and warped wall.

Exploring Slovakian nature with @katiemcdonnell… Having an amazing time here. Thank you for everything @borntotrick! 👊😁 #Slovakia #adventure #explore #gopro

The 2nd series of Ninja Warrior UK was filmed in late August and will likely be aired in January 2016 on ITV. The show had more than 18,000 applicants, of which just 200 were selected to run. Some of the lowlights from the first series can be enjoyed in the video below. Hopefully, McDonnell and Mukhametshin stayed high and dry in Series 2. Tune in next year to find out.