Another season of college football is kicking off and that means a slew of hype/pump-up videos have been popping up on YouTube in anticipation of Labor Day weekend’s many gridiron battles.

The next few days are full of great match ups, including a half dozen contests featuring teams in the AP Top Ten. On Saturday alone, we have No. 1 Alabama vs No. 20 USC, No. 2 Clemson at Auburn, No. 3 Oklahoma vs No. 15 Houston, No. 5 LSU vs Wisconsin. Then on Sunday, No. 10 Notre Dame plays at Texas, and on Labor Day, No. 5 Florida State battles No. 11 Ole Miss in Orlando, Florida. 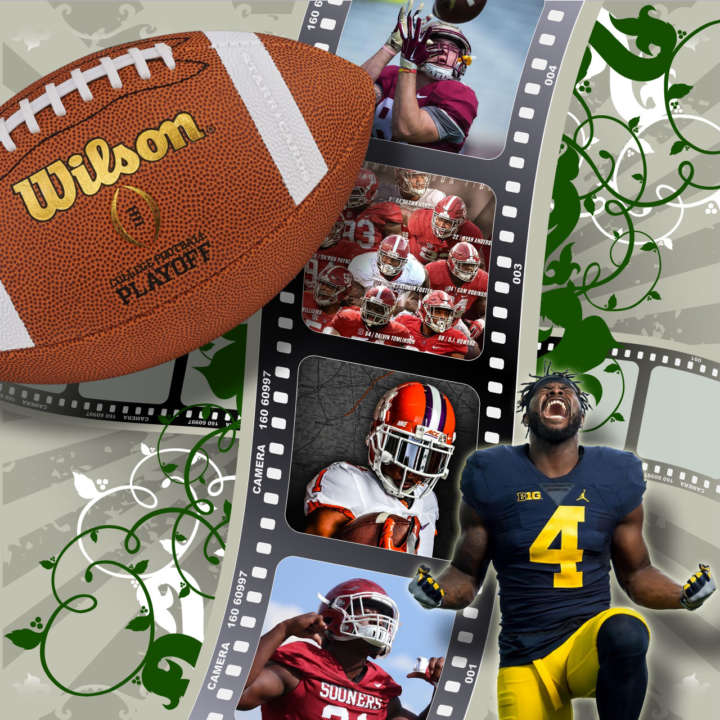 Here we present the most popular hype videos for each team in the AP Top Ten, starting with the defending national champion Crimson Tide. Incredibly, out of the ten teams, only Ohio State produces its own hype videos, while the other schools — despite multi million dollar budgets — rely on fan-made productions.

Bama fan RollTide2k3 produced a video in response to Colin Cowherd’s assertion that the Crimson Tide are a boring team. The montage of clips from last season ends with the strangest line in the history of hype videos: “Here’s to another boring year.”

Time to pack up this bad boy and head to Texas! #RollTide #USCvsBAMA

Curiously named Son of Clemson put together a video he hopes will inspire his beloved Tigers all the way back to the FBS National Championship game.

Week 1 — #Mindset: a set of beliefs that determines one's behavior, outlook and mental attitude. What's your mindset? This week, determine whether your mindset matches your goals. #ALLIN 🐾🐅 #Clemson

Brett Matthews hype video on behalf of the Oklahoma Sooners includes Christopher Walken’s famous monolog from Poolhall Junkies, concluding with the line, “Every once in a while the lion has to show the jackals who he is.”

Released a week ago, the most popular FSU hype video focuses on the Seminoles season opener versus Ole Miss which will be contested four hours down the road from Tallahassee in Orlando. Let the games begin!

The top LSU pump-up video is dramatically scored with Kid Ink’s “Hell and Back”.

To those who go ALL out for the state we love: We are ‪#‎AllForLA.

Ohio State may be No. 6 in the AP rankings, but they are far and away the No. 1 team in producing slick promotional videos, including cinematic trailers before every game.

Michigan head coach Jim Harbaugh has the Wolverines headed in the right direction, but they’re still relying on fans to produce their pump-up videos. What would Bo Schembechler say?

After shellacking Iowa in the Rose Bowl, the Stanford Cardinal football team — powered by Heisman candidate Christian McCaffrey — looks for even bigger prizes in the 2016-17 season.

The Tennessee Volunteers entered the season with high expectations but needed overtime at home to sneak by lowly Appalachian State. Still, their hype video can’t be blamed…

#Vols Win! #Vols Win! Micah Abernathy breaks up the pass in the end zone to preserve the OT win! #GBO 🏈🍊