The casual UFC observer may be led to wonder why fighters bother kicking repeatedly at the opponent’s legs in what looks like nothing more than a glorified slap. Intrepid MMA reporter Aaron Tru recently discovered what it actually feels like to be on the receiving end of a professionally-delivered kick.

UFC interim heavyweight champion Fabricio Werdum took a break from training to treat Tru to a kick to the leg at forty-percent strength. Tru wound up flat on the mat, staring at the ceiling in a semi-comatose world of pain. 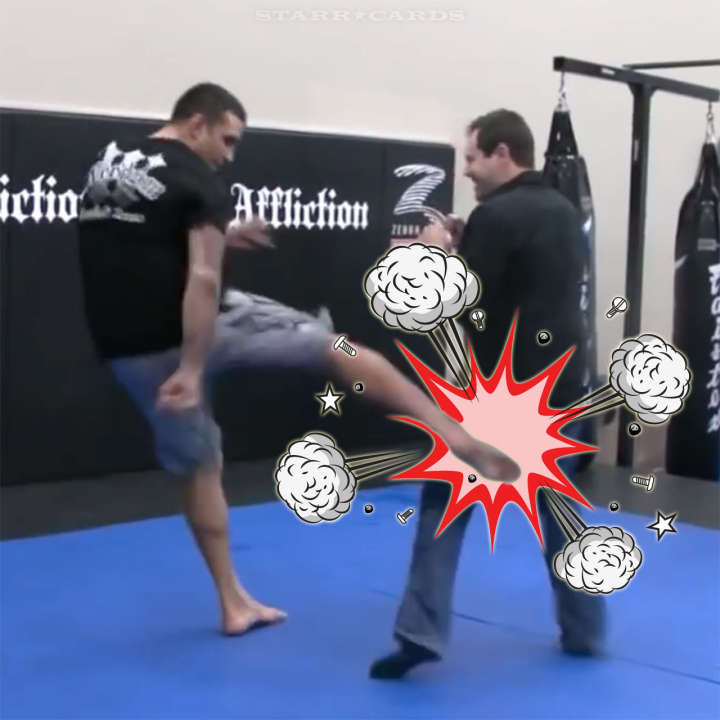 Saturday night, Werdum will be facing champion Cain Velasquez for the UFC’s unified heavyweight title in Mexico City. A surreal pre-fight beef between the two has grown out of which fighter — the Brazilian Werdum or the American Velasquez — is more Mexican.

Fellow UFC fighters overwhelmingly favor the hard-charging Velasquez (13-1 MMA, 11-1 UFC) to win his first fight since 2013. Werdum (19-5-1 MMA, 7-2 UFC) was also a big underdog against MMA legend Fedor Emelianenko — whom he submitted in the first round of their 2010 fight.