Grand Slam king Roger Federer made news last year for skipping the US Open to rehab from knee surgery, but a few years ago he made headlines in the Big Apple for skipping over to one of the city’s most famous landmarks…

After surviving a five-set thriller against 19-year-old Frances Tiafoe in his first round match at the 2017 US Open, Federer felt like he needed to get in a little more practice. Being in New York, he naturally decided to head to Central Park with racket in hand.

Federer got in some relaxed shots in uptown Manhattan playing on one of Central Park Tennis Center’s four hard courts (the facility has 26 other courts which are all clay).

The public facility, which sits just north of Jacqueline Kennedy Onassis Reservoir, has its origin in the temporary lawn courts that were set up in the Park during the summer months in the 1880s. 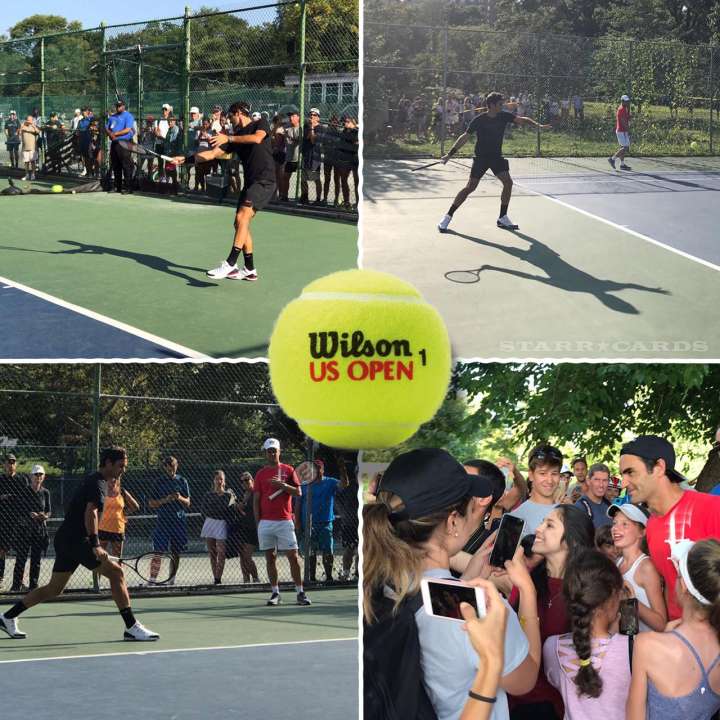 While the courts have played host to tennis greats in the past — including Andre Agassi, Jimmy Connors, Bjorn Borg, and John McEnroe — Federer’s visit still drew a wide-eyed and appreciative crowd.

In 2015, after winning his second US Open title, the ATP No. 1 ranked player headed to Central Park not to play, but to celebrate his victory.