What do you get when you combine competitive Q*bert-like, hoop-hopping action with rock-paper-scissors battles? Hoop Hop Showdown, hosted by Lowell Elementary School gym teacher Eric Branch, is a thrilling new sport that’s as entertaining to watch as to play.

Branch’s video of his fourth-grade class playing Hoop Hop Showdown garnered millions of views after he petitioned ESPN for a shout out.

The rules are simple. Starting from opposite ends of a serpentine path of plastic hoops laid end-to-end, single players representing two teams hop along until they encounter each other — at which time a quick rock-paper-scissors battle is initiated. 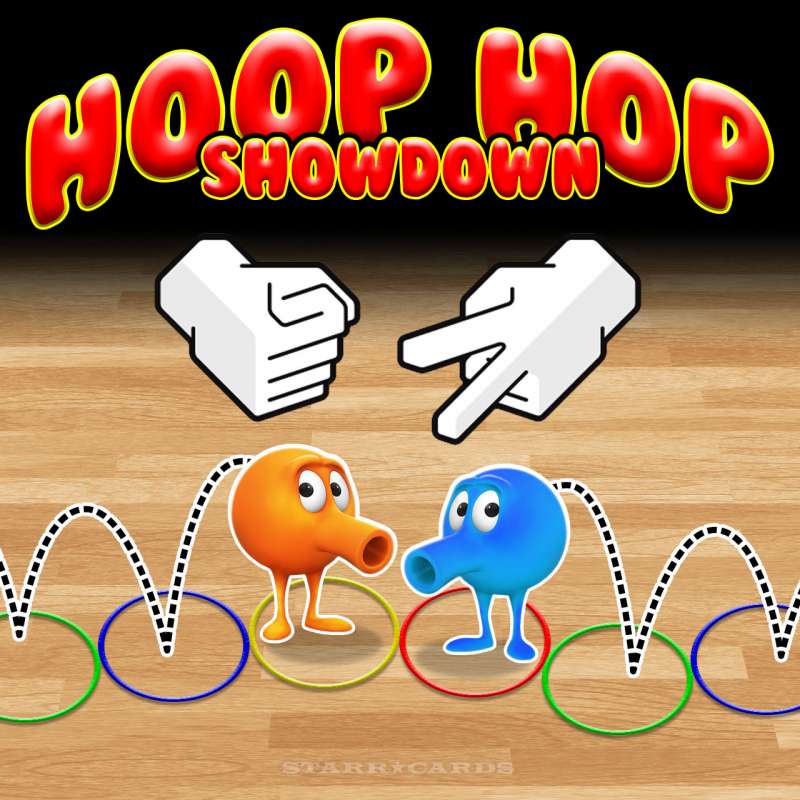 The winning player continues hopping along the path, while the loser is sent running back to their team’s bench. The team losing a rock-paper scissors battle releases a new hopper from their end of the hoop path. The game is won when a player completes the entire length of hoops.

Our friends over at the FiveThirtyEight statistical blog took note of Branch’s game and posed the following question:

The conditions for this math problem are assumed as follows:

By way of visualization, the animation below shows how a single game with eight hoops (home-base hoops are not counted) might unfold:

After you think you have the puzzle solved, click here to see the answers provided by FiveThirtyEight’s readers. The relevant content is at the bottom of the post.

In another heart-pumping offering from Branch, his students flexed their strategic muscles while playing Flip-Tac-Toe. It’s tic-tac-toe with a twist: each player can flip their opponent’s tube to their color instead of placing another tube, but this can only be done once per game.

A full game plus transition/clean-up time rarely exceeds 1 minute. It’s great to do tournament-style, king-of-the-hill (winner stays) or just round-robin if you have a small group. Flip-Tac-Toe can also be played as a relay (as seen in the video’s third clip).