For every sports star there are legions of benchwarmers. There are even larger legions of folks entirely lacking in athletic prowess that become fans or disinterested in sports altogether — and a few of among them become animators…

Robert James Rallison, creator of the popular TheOdd1sOut YouTube channel, shared his thoughts on sports in viral animation produced in 2016 that is now nearing 27 million views. 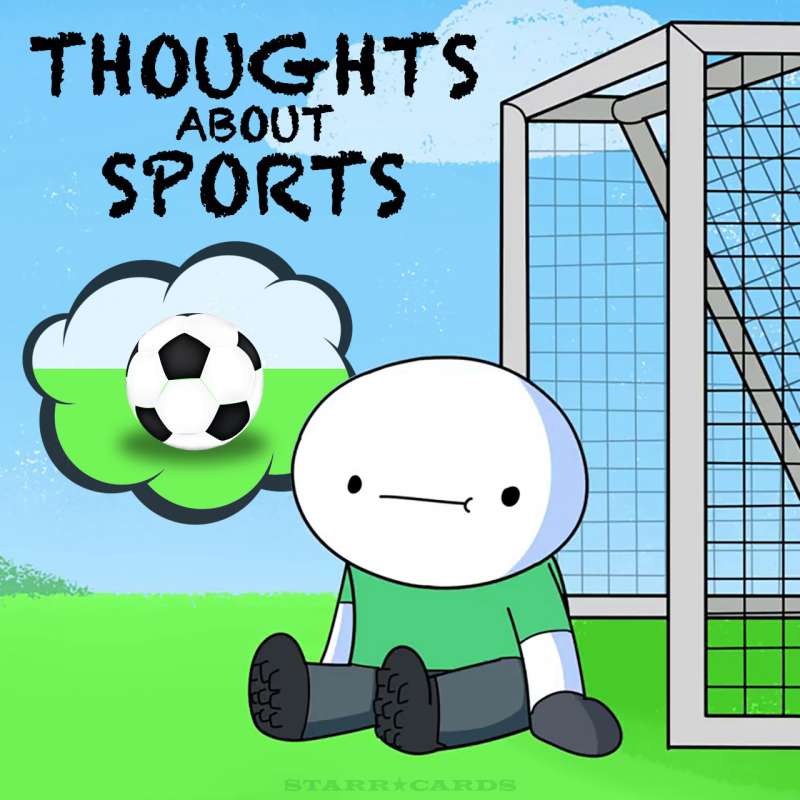 Rallison’s first taste of sports came as a 7-year-old during an unremarkable stint as a goalie in a youth soccer league. Five or so years later he scored a touchdown during a Thanksgiving Day backyard game, which he later deduced to be fraudulently orchestrated by the adults on defense.

In another animation, Rallison chronicles his extremely brief experience with sports in school. In prep school he went out for track and upchucked on his first day running, then was left in the dust on the second day which led him to call it quits. Nowadays, Rallison’s only involvement with sports is via their occasional appearance in an animation or comic he draws, like the one above featuring a skateboarding icicle.