Ever since Edgar Rice Burroughs novel Tarzan of the Apes was published in 1912, fans of the orphaned wild man have have aspired to navigate through the tree tops with the same ease as their primate brethren. European freerunner Leo Urban decided to make that fantasy a reality…

Urban, who has competed on Ninja Warrior Spain and Netflix’s obstacle-racing show Ultimate Beastmaster, combined his love of parkour with his love of the outdoors to climb, swing and jump between trees in his native Andorra with the greatest of ease. 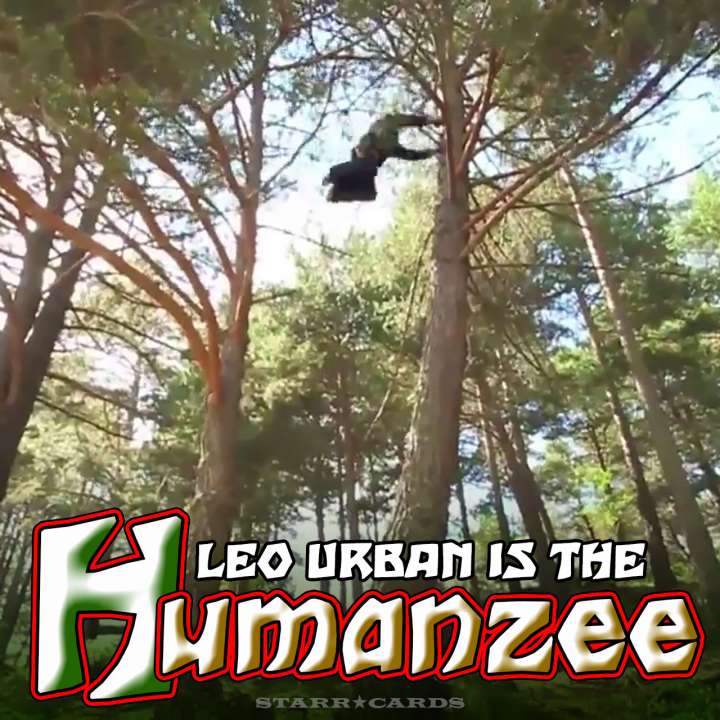 Half-man, half-ape, “humanzee” Urban has even mastered the art of navigating on the ground on all fours in the manner of a jungle chimp.

TOWER OF THE APE

What does a humanzee do when he finds a 120-meter tower interrupting his beloved Pyrenees woods? Naturally, he climbs it… to the very top.