It’s not often that action from a high school soccer game makes ESPN’s Top 10 plays on SportsCenter, but when a goal is scored on a double bicycle kick it’s a shoo in (or, more accurately, a shoe-in). The play came in the 2015 South Carolina Class AAAA playoffs, contributing to James Island’s 3-1 win over Ashley Ridge. 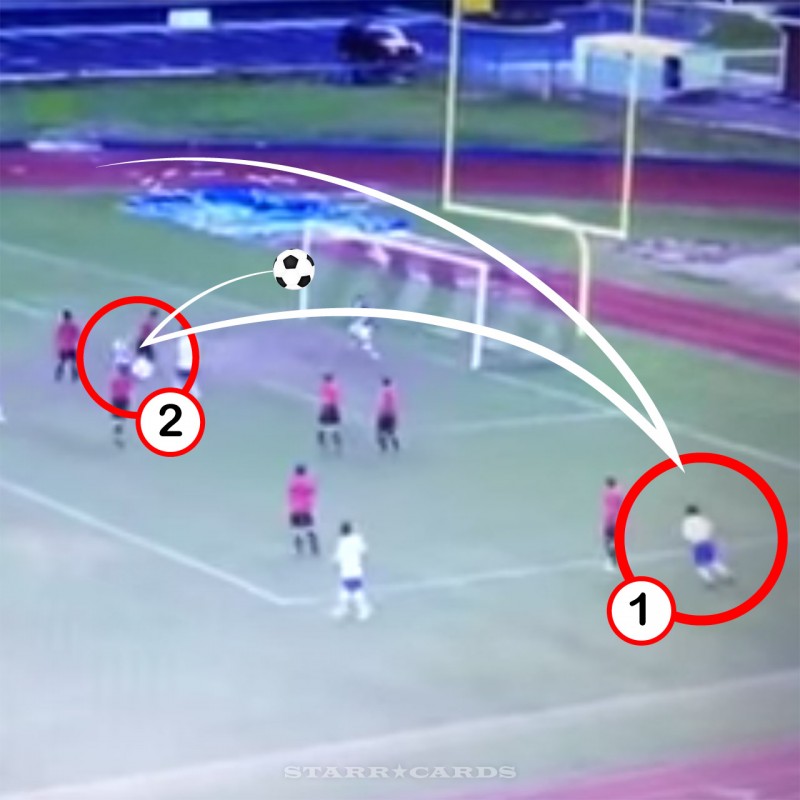 James Island Trojans player Yasir Al-Kameshki used a bicycle kick to cross the ball in front of the goal from the near the right sideline. Teammate William Le then used a second bicycle kick to send the ball into the net past a flummoxed goalie.

A number of years back, two Argentinian football players combined on a double bicycle kick of another flavor.

The remarkable (and highly improbable) play came in a Argentina Primera Division match between Gimnasia La Plata and Boca Juniors. Gimnasia’s Sebastian Romero and Marco Perez both executed bicycle kicks in unison to score the only goal in their 1-0 victory.

Fast forward to 2019 Thai League competition, where midfielder Kitsada Hemvipat and forward Leandro Assumpcao paired to execute the two-footed feat for Nakhon Ratchasima FC. Does each kicker get awarded a full goal for their effort, or just a half each?