Seahawks running back Mashawn Lynch lent his “Beast Mode” nickname to a clothing line, but James “The Beast” McGrath may have given new meaning to the phrase with his latest performance on American Ninja Warrior.

Donned in pajama bottoms, and a blue tank top printed with “JUST BEAST IT” in neon-yellow letters, McGrath cruised through the Orlando Finals course up until the last obstacle. The curly-haired ninja had to go into full beast mode on the Invisible Ladder to eke out the final few feet.

.@NinJames206 is THE BEAST! He shredded through the course with the fastest run of the night! #AmericanNinjaWarrior pic.twitter.com/nnRpkzV1hi

After a herculean effort, McGrath managed to swing his feet through the hole leading to the platform to hit the buzzer. His time of 5:30.50 was more than a minute better than the only other contestant to complete the course. 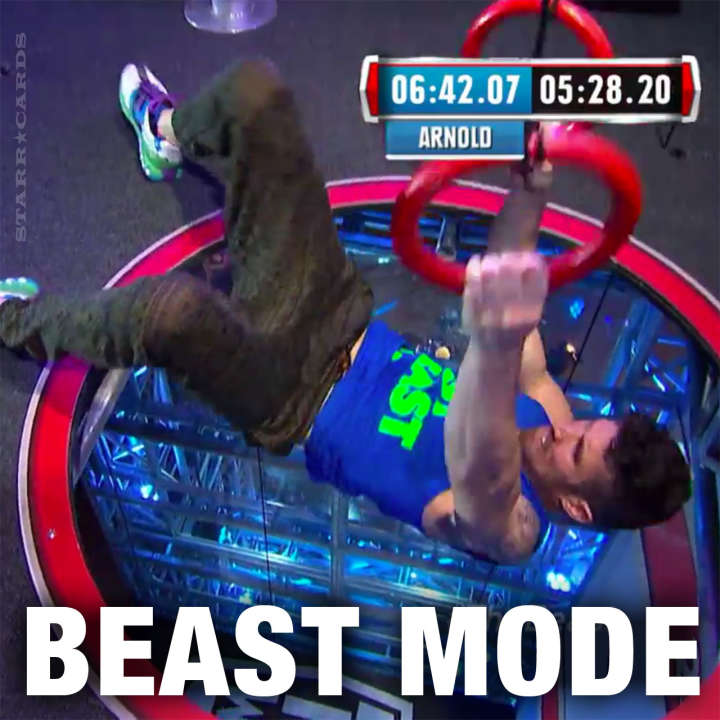 Like any good super hero, McGrath holds down a very ordinary job when he’s not conquering obstacles. Some speculate his superhuman strength is the result of having been exposed to a bag of radioactive popcorn while working at the local movie theater.

Never underestimate the people sweeping up your popcorn, they could #AmericanNinjaWarrior BEASTS like @NinJames206! pic.twitter.com/4t0dT1ZYOi