Before gamer KSI (Olajide “JJ” Olatunji) tried his luck at pro wrestling and became a competent boxer, he took to the pitch to learn a thing or two about rugby from then London Wasps flanker and captain James Haskell (now with the Northampton Saints). 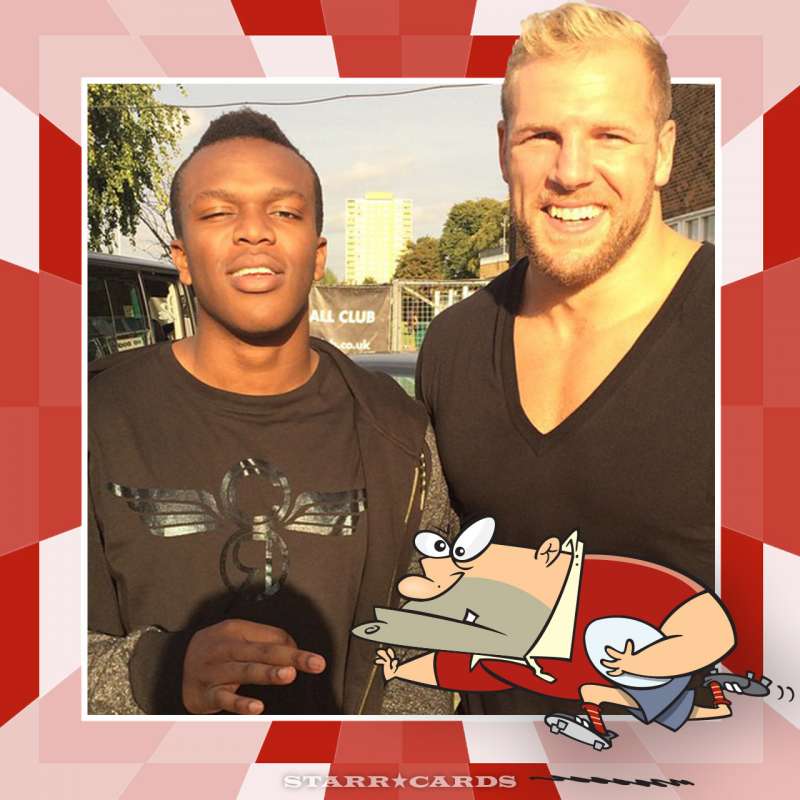 Haskell, at 6’4″ 251 pounds, made KSI look like his plaything in the entertaining video series.

Haskell taught KSI about tackling by repeatedly smashing him.

KSI went to the gym with Haskell and actually impressed his mentor.

DANCE OFF WITH CHRISTIAN WADE

KSI settled his beef with Wasps and England Rugby player Christian Wade via dance off.

KSI GETS CRUSHED BY KCL’S CAPTAIN

Captain Barney of King’s College London demonstrated his secret weapon when it comes to tackling.

Kicking the ball into the goalpost crossbar proved tougher than anticipated.

Lastly, KSI captained a squad in a rugby match against his old team, King’s College London.