Almost all visitors to Florence become familiar with Ponte Vecchio, Piazza della Signoria, and the Uffizi Gallery — which houses Botticelli’s “The Birth of Venus” and Leonardo da Vinci’s “Annunciation” — but rare are those that will take in a calcio storico match…

Calcio storico (or “historic football”) has been contested in Florence since the 16th century. The city’s four neighborhoods produce teams of 27 men each that congregate annually at Piazza Santa Croce to battle for ultimate supremacy on St. John’s Day, June 24. 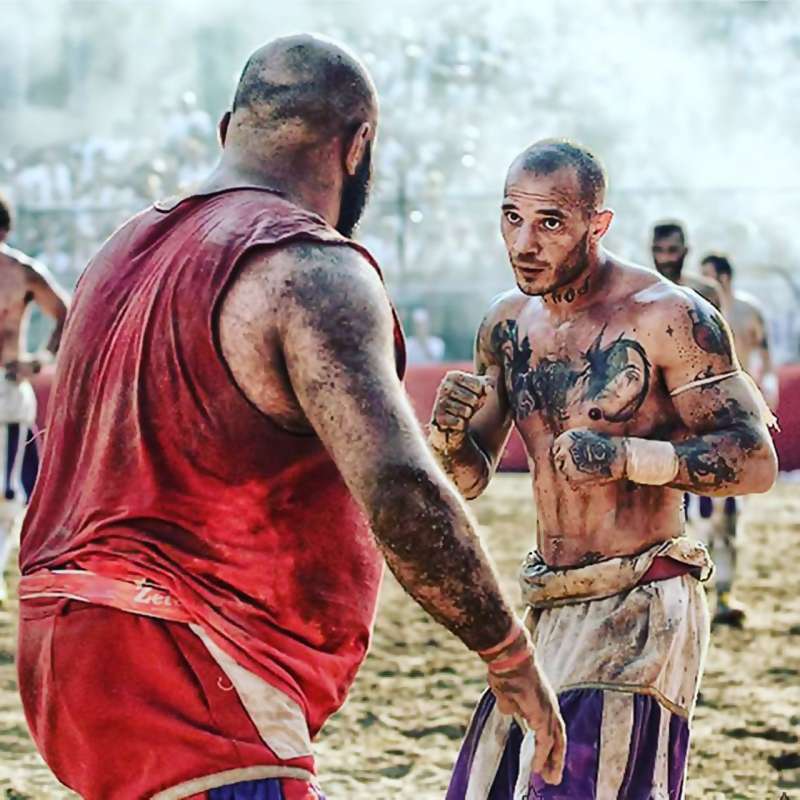 The game, which resembles in equal parts a street brawl and rugby/football match, is played on sand-covered playing area measuring 40 by 80 meters. Goals run the entire width of each end and are scored by throwing or kicking the ball over a low wall. Shots that sail over the goal count as a half point for the opposing team.

A post shared by Rossi Santa Maria Novella (@rossisantamarianovella) on Feb 2, 2018 at 2:56am PST

Games run 50 minutes in duration, and injured players cannot be substituted for even when removed from the field of play on a stretcher.

Along with black eyes, bruised legs and busted ribs, victors earn bragging rights for their neighborhood over the next 364 days.

In the 2017 movie Lost in Florence, Eric Lazard is a heartbroken former college football star who travels to Florence to visit his cousin Anna. Lazard falls for a local woman and is drawn into playing calcio storico where he rediscovers his mojo.