The history of serialized anime has produced several wildly successful, basketball-themed titles, including Slam Dunk, Kuroko’s Basketball, Basquash! and Dash Kappei. These shows employ a number of Japanese theatrical devices that add dramatic intensity to the cartoons, but when used in the context of real-life action are hysterical.

YouTubers RDCworld1 enacted a hilarious hoops scene with a heavy helping of internal dialog and superfluous speed lines a la your typical action sequence in a basketball anime. 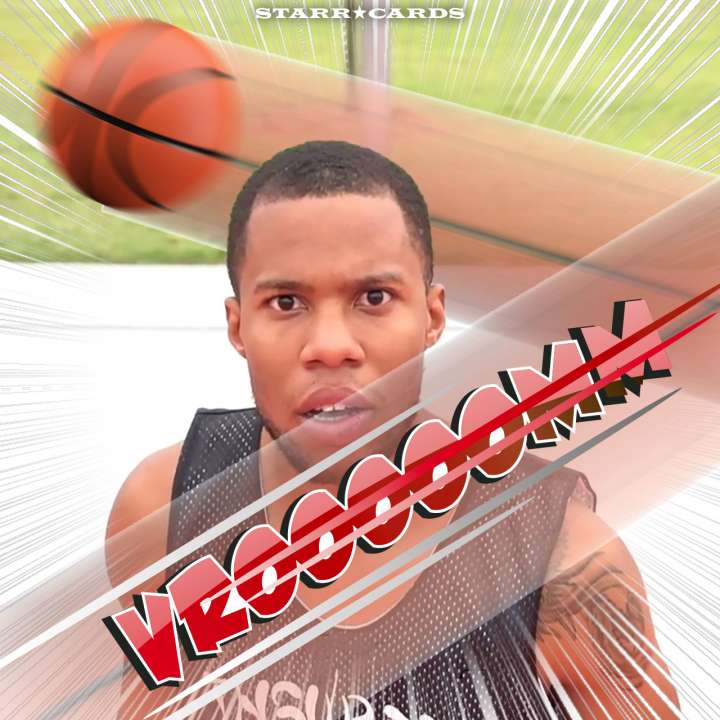 The only thing missing from their video was over-the-top onomatopoeia, which we decided to add to the still frame above. You’re welcome…

A good argument can be made for moving to live-action anime in terms of time savings. Penciling, inking and coloring even a single-frame of a cartoon is a considerable undertaking.