There are myriad skills to master in golf, from perfecting your swing, to avoiding sand traps and water hazards. But few golfers are prepared to play around a hulking alligator — unless, of course, they hail from the Southern United States, where a gator on the green has been “par for the course” for decades now.

Take PGA golfer Cody Gribble for example. The Texan casually tapped an alligator on his tail on the 6th hole at the 2017 Arnold Palmer Invitational to encourage it into the water.

A day later, fellow pro Smylie Kaufman mistook one of the beasts resting next to the water on the same hole for a rock decoration, before getting the fright of his life. His caddy unwittingly ventured even closer to the gator before getting tipped off by Kaufman to the lurking danger.

Also in 2017, a 12-foot-long alligator was captured on video as it calmly trekked across the green at South Carolina’s Fripp Island Golf & Beach Resort.

''It is very common to see alligators on a Florida golf course and they're typically not a threat to golfers. Wild alligators are shy and will not bother you unless you provoke it or corner it so it feels threatened.''

In 2016, a giant gator known as Chubbs was spotting walking the fairway at Buffalo Creek Golf Course in Palmetto, Florida. 56-year-old Charlie Helms caught the impressive creature on video which quickly went viral.

Chubbs return to the same course in 2018, was captured in another short video clip taken from the relative safety of a golf cart. 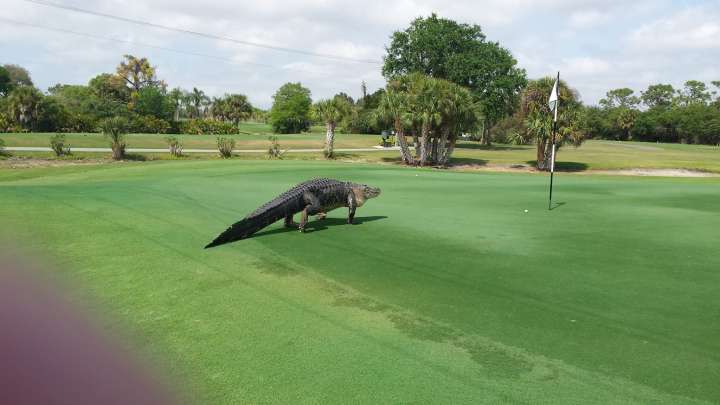 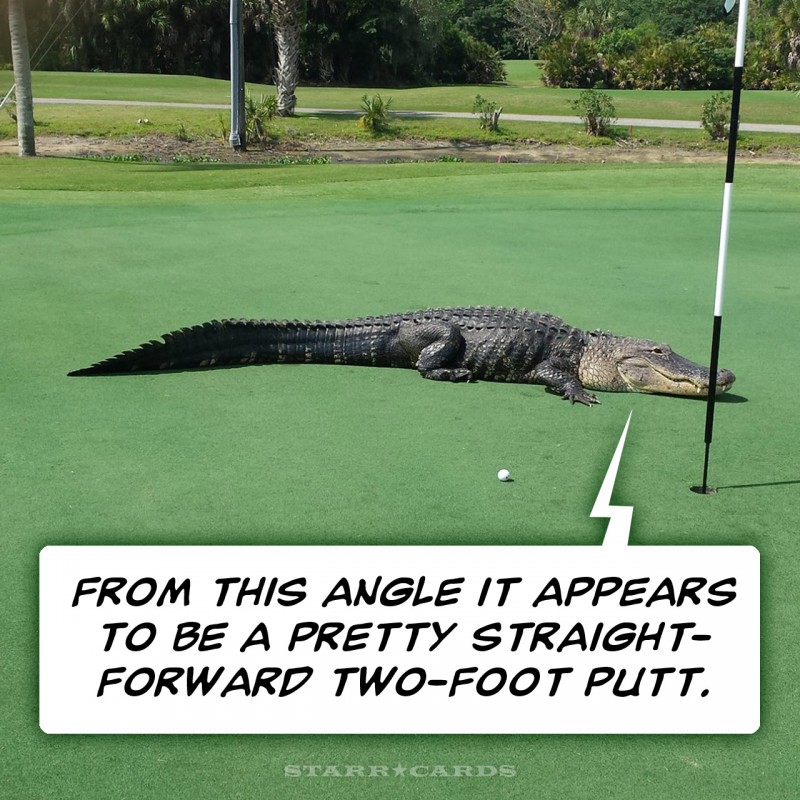 Photographed by amateur golfers Dick Huber and Bill Susie, the relaxed reptile seemed to be reading the green with his intense eyes.

In the opening round of the 2013 Zurich Classic of New Orleans, players had to contend with the wildlife in addition to the star studded field.

At least visitors are given a strong hint as to what they may encounter on the golf course, by way of a sculpted tree trunk near the clubhouse.

At the first round of the 2012 RBC Heritage tournament, caddie Kip Henley used a brush to coax an alligator off the green on the par-5 15th hole.