Former President Trump has worn many hats in addition to his official “MAKE AMERICA GREAT AGAIN” cap, including real-estate mogul, reality TV star, and part-time sports commentator. Earlier we looked at Trump’s football and baseball tweets; here we catalog his many musings on golf.

Shortly before announcing his run for President, Trump posed with golf legend Jack Nicklaus for the grand opening of the Nicklaus-designed Trump Golf Links at Ferry Point in the Bronx.

Almost a year later, in the waning stages of the Republican primary, Trump sat down with Gary Williams of the Golf Channel to promote Trump National Doral Miami during the WGC-Cadillac Championship. Aside from his golf properties and resorts, Trump’s favorite venue by far is Twitter, where he regularly uses golf to feud with other celebrities.

Trump has waged Twitter battles with a wide range of perceived opponents, including fellow billionaire Mark Cuban. In 2013, Trump asserted that the Dallas Mavericks owner swings his golf club “like a little girl.” Of course, if that “little girl” happens to be Lydia Ko, then Trump’s insult was really a backhanded complement.

Golf match? I've won 18 Club Championships including this weekend. @mcuban swings like a little girl with no power or talent. Mark's a loser

When actor Samuel L. Jackson who said in an interview that he had golfed occasionally with Trump and that the businessman cheats, Donald came out swinging on Twitter.

I don’t know @SamuelLJackson, to best of my knowledge haven't played golf w/him & think he does too many TV commercials—boring. Not a fan.

I don’t cheat at golf but @SamuelLJackson cheats—with his game he has no choice—and stop doing commercials!

Don’t like @SamuelLJackson’s golf swing. Not athletic. I’ve won many club championships. Play him for charity!

Trump once mockingly tried to tempt President Barack Obama into resigning from office with an offer of free lifetime golf at any of his courses. Throughout the latter’s presidency, citizen Trump chastised the President for golfing instead of working in the Oval Office. Now, two years into his own presidency, Trump has shattered all previous records regarding the frequency of the country’s chief executive hitting the links.

If Obama resigns from office NOW, thereby doing a great service to the country—I will give him free lifetime golf at any one of my courses!

President Obama should have gone to Louisiana days ago, instead of golfing. Too little, too late!

Trump has even picked a fight with a golf course. During the 2014 U.S. Open, he tweeted out his distaste for the Pinehurst restoration, while simultaneously slipping in several plugs for his own properties.

Turnberry in Scotland is a far superior golf course to Pinehurst – and it isn't even close! Likewise the Blue Monster at Doral.

.@MattGinellaGC Have you ever seen Trump National/Bedminster or Trump International Golf links in Scotland. Both far better than Pinehurst!

"@jsimonwc: @MattGinellaGC @realDonaldTrump Built for golf. Not built for TV." That is true because it looks horrible on T.V. SAD!

I'd bet the horrible look of Pinehurst translates into poor television ratings. This is not what golf is about!

The opening of Trump Turnberry in Scotland was a big success. Good timing, I was here for BREXIT. Very exciting news conference today!

Getting ready to open the magnificent Turnberry in Scotland. What a great day, especially when added to the brave & brilliant vote.

On the 13th tee box @TrumpScotland with my grand daughter, Kai! @DonaldJTrumpJr https://t.co/7ii4KUfsab

Just landed in New York – a one night stay in Scotland. Turnberry came out magnificently. My son, Eric, did a great job – under budget!

Crooked Hillary just took a major ad of me playing golf at Turnberry. Shows me hitting shot, but I never did = lie! Was there to support son 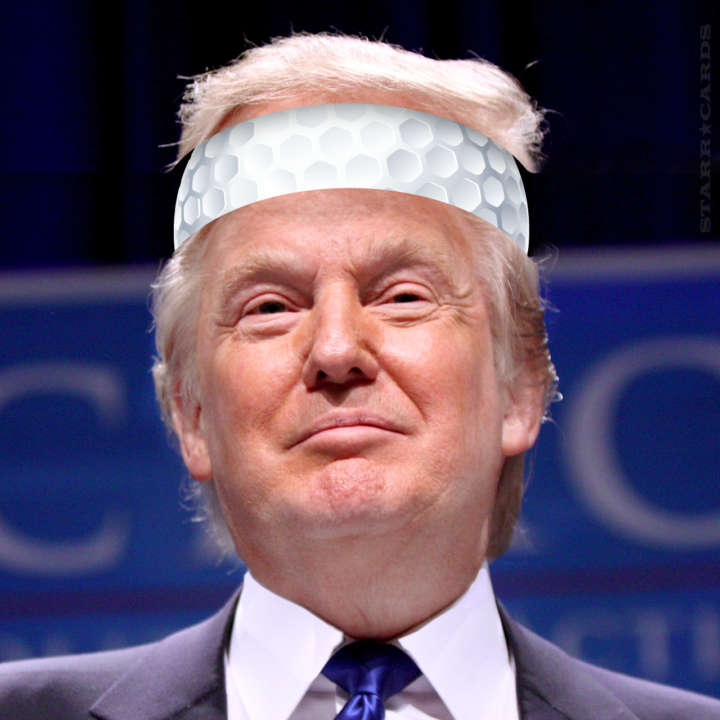 I remained strong for @TigerWoods during his difficult period. He rewarded me (and himself) by winning at Trump National Doral.

Happy birthday to my friend, the great @jacknicklaus – a totally special guy!

@montgomeriefdn Colin, great to have you at Trump Turnberry. So proud of you and your GREAT playing! You made winning MAJORS look easy!

.@DJohnsonPGA We are so proud of you Dustin. Your reaction under pressure was amazing. First of many Majors. You are a true CHAMPION!

After Turkey call I will be heading over to Trump National Golf Club, Jupiter, to play golf (quickly) with Tiger Woods and Dustin Johnson. Then back to Mar-a-Lago for talks on bringing even more jobs and companies back to the USA!

The Fake News Media worked hard to get Tiger Woods to say something that he didn’t want to say. Tiger wouldn’t play the game – he is very smart. More importantly, he is playing great golf again!

Tiger Woods showed great class in the way he answered the question about the Office of the Presidency and me. Now they say the so-called “left” is angry at him. So sad, but the “center & right” loves Tiger, Kanye, George Foreman, Jim Brown & so many other greats, even more…….

“No one remembers who came in second.” – Walter Hagen

Always make a total effort, even when the odds are against you.
— Arnold Palmer @KingdomMag

Concentration is a fine antidote to anxiety.
— Jack Nicklaus

The road to success is always under construction.
— Arnold Palmer

Resolve never to quit, never to give up, no matter what the situation.
— Jack Nicklaus