Mike Boyd, the creator of the popular Learn Quick series on YouTube, was on his honeymoon, so he had fellow YouTuber Owen Daughtery step in to host a show about learning to slackline…

Daughtery, who had never set foot on a slackline prior to his video, set walking the length and back between two trees as his first goal. After eight hours of practice he managed to make it halfway across the line. 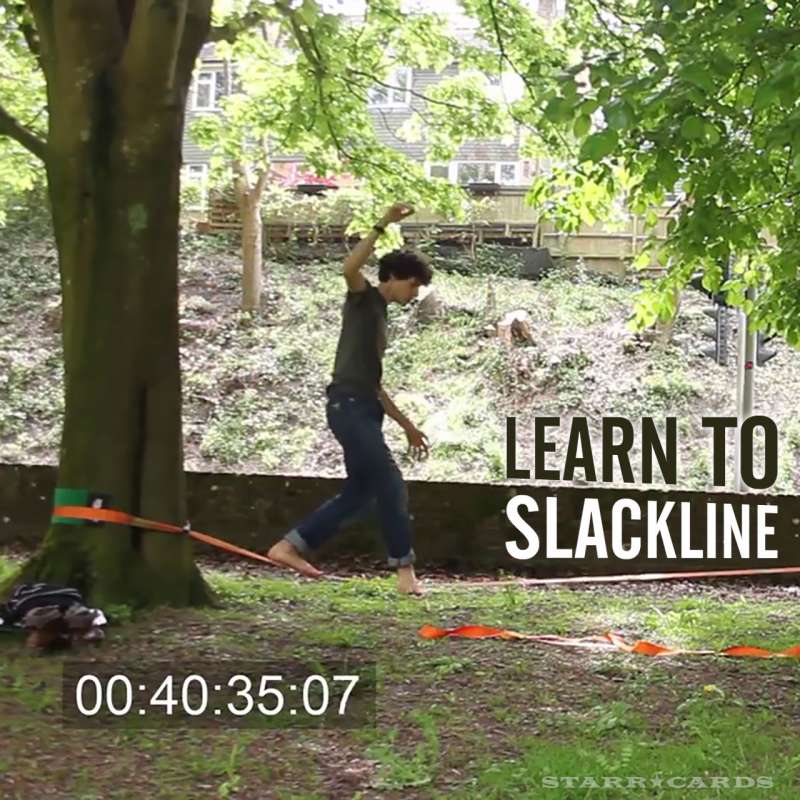 Another 42 hours failed to add a forward roll to Daughtery’s repertoire, but a final 53 hours and 24 minutes of practice produced his first butt bounce.

When Daughtery isn’t picking up slackline skills, he’s perfecting his sleight of hand for his YouTube channel NewGreenShoe. In the above video he makes a spoon vanish into the ether. Now you see it. Now you don’t.