The Mannequin Challenge has made it to the White House, putting it on par with the Running Man Challenge the ALS Ice Bucket Challenge in terms of reach. 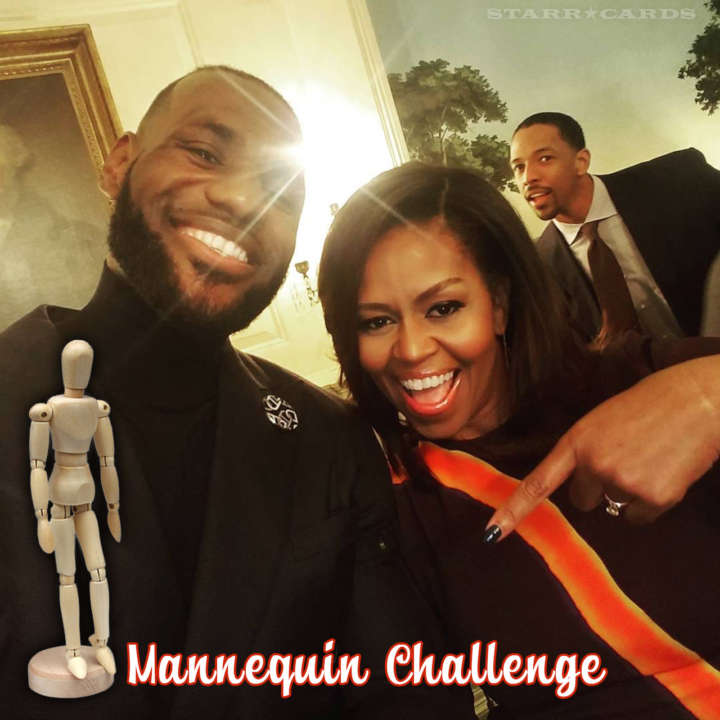 Players from the Cleveland Cavaliers 2016 NBA championship team joined Michelle Obama to freeze in place as a videographer wove amongst them. The First Lady is seen posing for a selfie with LeBron James as Channing Frye photo bombs the pair and a solemn (and shirted) J.R. Smith stands in the background.

In a second take, known as the King James version, Iman Shumpert is caught in suspended animation as he is about to dump a glass of water over Kyrie Irving‘s head.

Before their making like mannequins with Michelle, the Cavaliers were feted by President Barack Obama who lauded their spirit in becoming the first ever team to come back from a 3-games-to-1 deficit and win the NBA Finals.

No words for this moment. Once in a lifetime and something I am so fortunate to have experienced. Thanks to @barackobama and @michelleobama for being gracious hosts.

Kevin Love presented the President with a Cavs jersey which Obama briefly admired before wishing aloud that the sleeves could be removed. James promised the alterations could be made with no problem.