LeBron James Jr. was in the news earlier in the week due to his famous father’s displeasure at colleges sending his ten-year-old son recruitment letters. But even Father James would surely approve of five-year-old Nicholas Wince’s recent signing with the WVU men’s basketball team.

Nicholas inked a letter of intent on Tuesday, before his beloved West Virginia Mountaineers dispatched with the Texas Longhorns, 71-64. Coach Bob Huggins was all smiles knowing he had finally secured the services of the high-energy hoopster.

Nicholas’ special day was organized by Make-A-Wish Foundation after the youngster was diagnosed with a potentially life-threatening condition known as hypoplastic left heart syndrome.

College bball has a real impact. It's about more than wins. Here's a @MakeAWish kid as an honorary WVU player today. pic.twitter.com/aA7gl08Eao

With the gifts he received on his visit to Morgantown, Nicholas wants to celebrate his next birthday in style.

''He wants to have a Mountaineer birthday party. So he's taking all of the stuff that he's gathered here and we're going to try to incorporate it into his birthday party, but I'm pretty sure I'm never going to be able to touch this.”
— Kristen Wince, Nicholas' mother

One enterprising fan made a birthday/basketball card to commemorate Nicholas’ big splash on campus and posted it to Imgur. 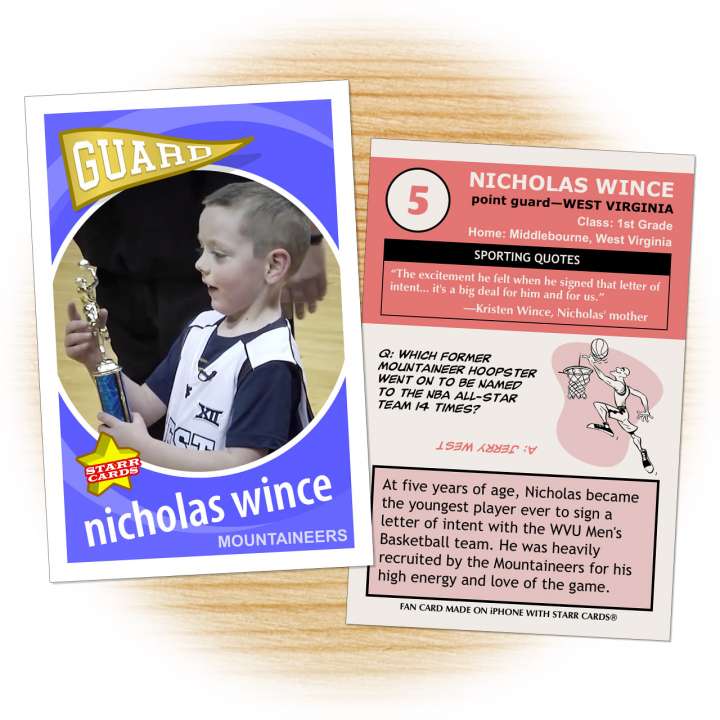