Long before he transformed himself into budding boxer, Olajide William “JJ” Olatunji aka KSI was a gamer who built his early YouTube audience posting videos regarding the FIFA video game franchise. It was in that capacity that the laughing Londoner tested his meddle versus some real-life FIFA footballers last year…

KSI sat down with six players — who, at the time, were all Chelsea FC first-team squad members — for a friendly game of EA Sports FIFA. Before the game got underway, the famed gamer went ballistic upon spotting “a real-life hazard” at the far end of the couch, and felt compelled to call up his mother to share the news. 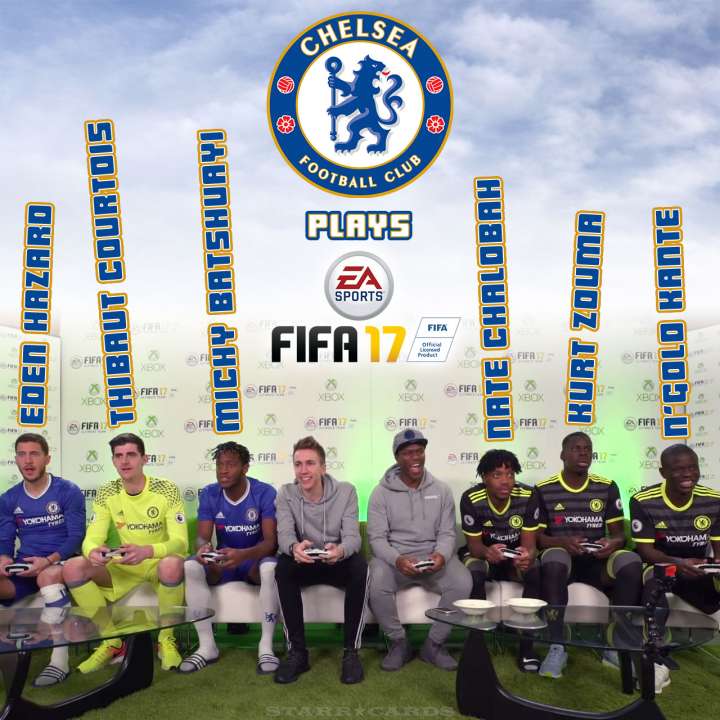 A team comprised of Eden Hazard, Thibaut Courtois (now with Real Madrid), Michy Batshuayi (on loan to Valencia), and KSI’s friend, competed against the famed gamer himself allied with Nathaniel Chalobah (now with Watford), Kurt Zouma (on load to Everton) and N’Golo Kante. Zouma scored the lone goal to give KSI’s foursome the 1-0 victory.

The same two teams (minus KSI and his friend) faced off in a real-life FIFA 17 Skill Games.

Whether or not playing FIFA 17 leads to success on the pitch is open to debate, but last season Hazard and Zouma did lead Chelsea to the top of the Premiere League table.