While offices are designed to be efficient workplaces, they also can unintentionally serve as stress incubators. From time to time, inmates of the cube farm need to stretch, jump, and run about, lest they spazz out on a malfunctioning printer or officemate. 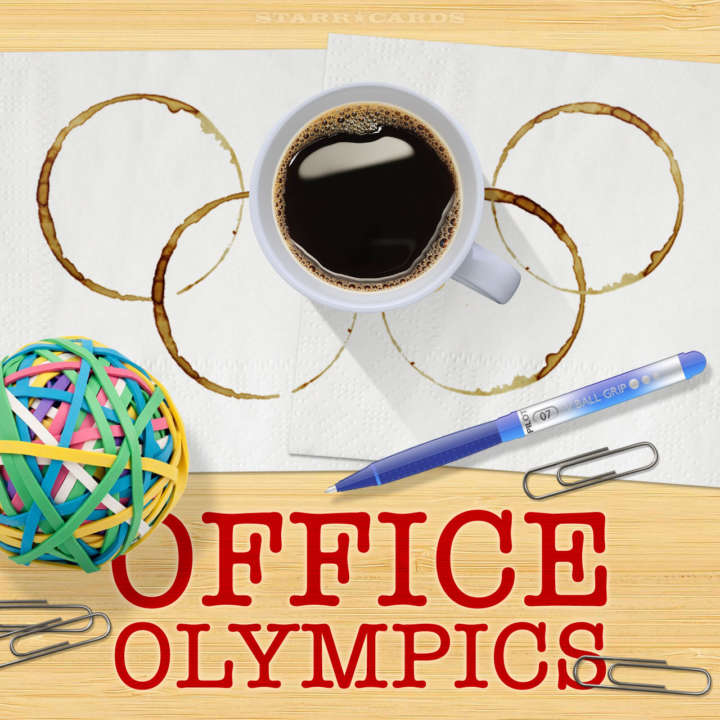 The 2020 Olympic Games in Tokyo are still nearly two years away, but the Office Olympics are held year round — or, at least, when the boss is away.

Cubicles are basically walls that never grew up, which means they can be surmounted without too much trouble. This also means that they make great after-hours hurdles. Let the Games begin!

The most impressive thing about this chair rowing team, other than their inclusion of a coxswain, is that nobody seems to notice them as they row through the office.

Look before you leap, and slow down when passing in front of elevator doors.

If one’s office happens to have a warehouse, as did the office in The Office, there is the possibility of playing actual basketball as opposed to the kind with wadded up paper balls and waste cans.

With enough ingenuity, even events from the Winter Olympics can be recreated in an office setting. Behold, a two-man luge racing through the hallways of KCLR_FM, a country music radio station in Columbia, Missouri.

Dancing still isn’t recognized as an Olympic sport, although there is some hope that will change in the future as the World DanceSport Federation has been officially recognized by the International Olympic Committee.

Just because dancing won’t be included at the Rio Olympics (at least officially), it doesn’t mean office workers can’t synchronistically cut the rug to Michael Jackson’s “Thriller” while seated in chairs.

In the office version of synchronized swimming the Russian team gets the gold medal, despite the woman in the back of the group having her challenges.

South Africa offers up two more events for the Office Olympics: the staple chase, which involves chasing a stapler-wielding officemate; and the Post-it note high jump.