It is said that the power of faith can move mountains, but can it crack concrete? That question was put to the test at the Los Angeles City Finals of American Ninja Warrior as “Concrete Ninja” Adam Rayl and “Papal Ninja” Sean Bryan vied for the fastest time on the obstacle course.

Rayl, in just his sophomore season, showed the confidence of a seasoned ninja, throwing in a somersault on top of the Warped Wall and skipping a platform on his descent to the Salmon Ladder.

Rayl’s nickname stems from his work at his parent’s concrete business, which has left him with a chiseled physique befitting an video extra in Fifth Harmony’s “Work from Home“.

''Sean Bryan has been money. I'm going to call him the Pay Pal Ninja.''

After competing as a gymnast as an undergrad at University of California Berkeley, Bryan worked toward a master’s degree in theology while living with Salesian priests — hence his Catholic-themed nickname. With a handful of his robed buddies looking on, the Papal Ninja was maximally efficient in his approach to the coarse, going so far as to skip rungs up the Salmon Ladder. 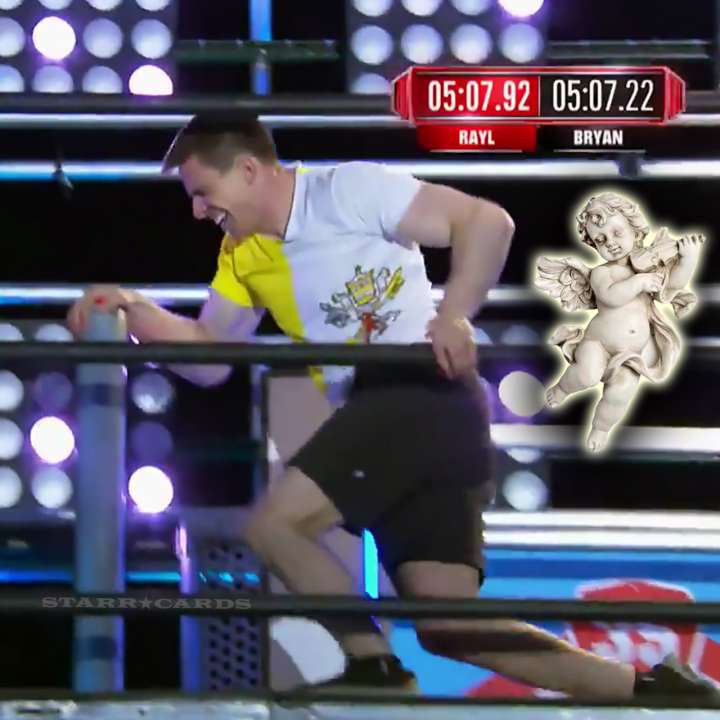 Bryan punched the buzzer at 5:07.22 to edge out Rayl by seven tenths of a second and finish with the fastest time of the night.