Jason Paul’s love affair with freerunning began in 2005 when his best friend introduced him to the sport via a parkour documentary. From that day forward, the young German’s world was transfigured – rooftops became pathways, staircases became launchpads, and walls welcomed backflips.

These days, Paul, sponsored by Red Bull and Go Pro, travels the world, turning disparate urban spaces into freerunning playgrounds. Even catching a flight for the next destination presents another opportunity for play. 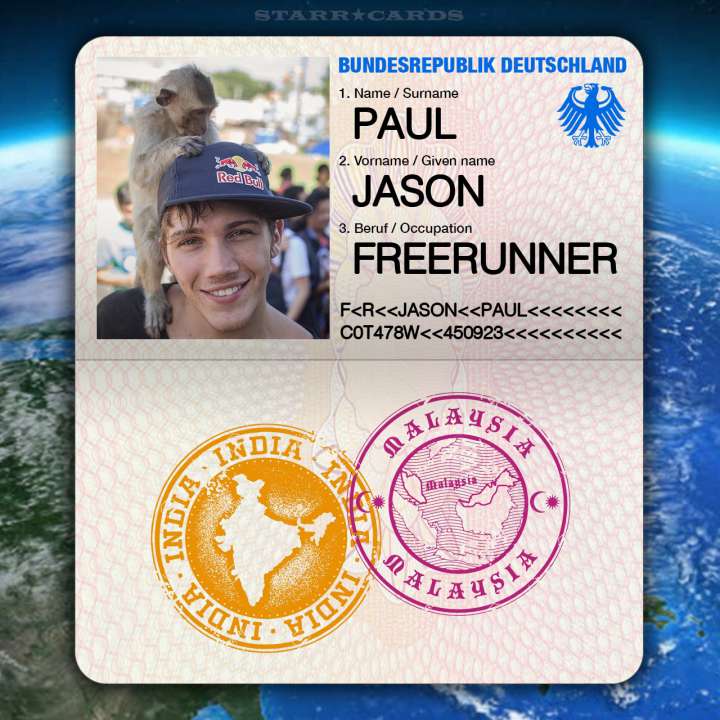 Tag along as we follow Paul on a couple globetrotting stops, starting in India, then heading to Malaysia…

In 2012, Paul made his first trip to India where he spent time stunting on the beach before heading to a massive 3-story freerunning gym constructed in the apartment of Bollywood’s biggest action star, Akshay Kumar.

Kumar’s own parkour skills, albeit with some obvious stunt double scenes, can be enjoyed in the above clip from the 2013 film Boss, in which he plays a gymnastically-inclined gangster tasked with wiping out his family’s enemies.

In 2015, Paul was hosted in Malaysia by fellow freerunners Abudi and Aliff, who provided their guest with a tour of their hometown, Kuala Lumpur.

Paul’s dream to ride an ostrich was dashed when he learned he was “too big boned”, but he had plenty of parkour opportunities to keep himself occupied.