After guiding the Philadelphia Eagles to a 29-14 win over the Chicago Bears on Monday night, quarterback Carson Wentz joined an exclusive club of rookie quarterbacks to start their careers with two wins. Since the AFL and NFL merged in 1970, only five first-year signal callers have pulled off the feat. 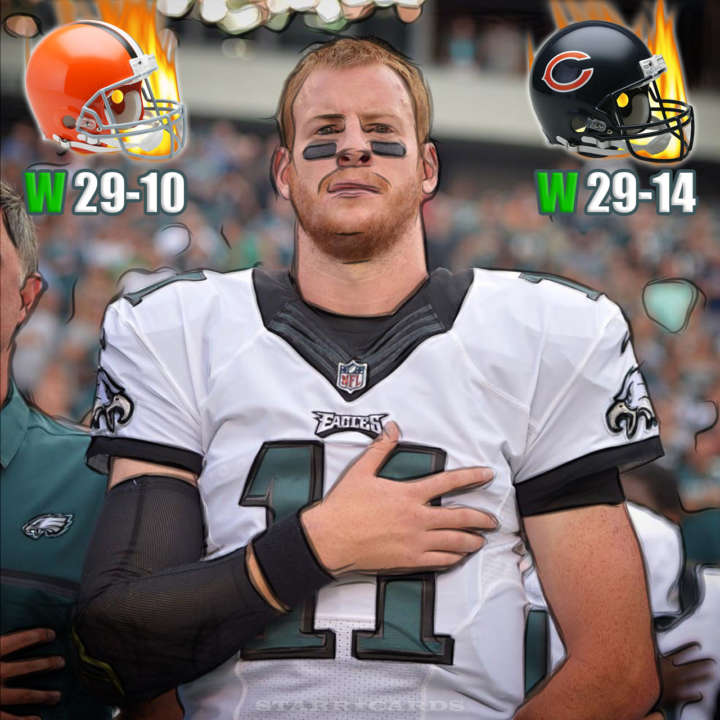 Whether Wentz’s hot start is predicative of future success is hard to tell. On the bright side, Super Bowl winners John Elway and Joe Flacco are in the quintet of QBs, but so too are long-term busts Ryan Leaf and Mark Sanchez.

To date, only Sanchez managed to start his career 3-0. For Wentz to claim the mantle of having the best rookie launch ever, he’ll have to lead the Eagles past the Pittsburgh Steelers at home this coming Sunday, and then win at Ford Field against the Detroit Lions in another Monday night game.

FROM FARGO TO PHILLY

Wentz attended North Dakota State University, where he played quarterback for the wildly-successful Bison football team. Due to a redshirt freshman year, he wound up being a part of five NCAA FCS national championship teams.