Earlier in the week, Roger Federer put out a call to his 2.2 million Twitter followers to help him take a virtual tour of India ahead of his short stay in Delhi for a December 6-7 tennis exhibition.

I need some help from my supporters in India. I'm only in Delhi for a few days, so can't visit all amazing places that I'd like…

Maybe you guys could help #PhotoshopRF? Show me where I should visit and I'll retweet the best pics! 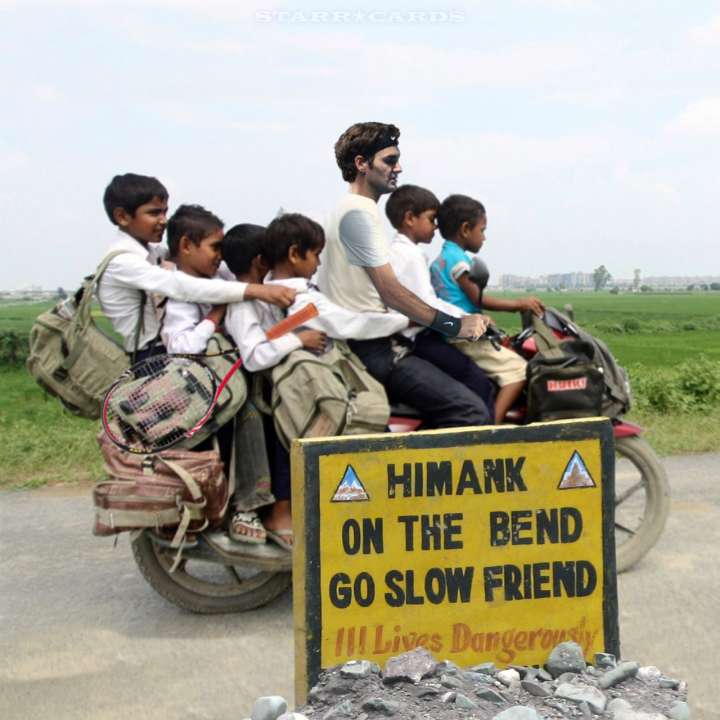 Photoshoppers — including Starr Cards’ resident artist — heard Federer’s plea and set about clipping and pasting the Swiss star into a variety of Hindustani milieus.

The desi twitterati is at it RT @antofa @rogerfederer How about a leading role in a #Bollywood movie? #PhotoshopRF pic.twitter.com/9iMrOKI1Sg

.@rogerfederer You must lead an expedition into the dunes of Jaisalmer, Rajastan. It is your destiny. #PhotoshopRF pic.twitter.com/3miGm7rlbu

@rogerfederer You should go to the "Holi Festival". I hope you like colors! #PhotoshopRF pic.twitter.com/YwzHl4ImSK

@rogerfederer #PhotoshopRF Get your beard trimmed by an Indian Celebrity! You may need to grow a beard first Rog pic.twitter.com/ifO3jcEZpo