Before Ryan Higa’s “Ultimate Trickshot Dunk!” could be filmed in a single continuous take, it required three days of logistical planning and prep time. Since the video was posted to YouTube in the fall 2015, it has garnered nearly 10 million views — which must make the 136 failed attempts that went into its making seem well worth the effort.

Higa releases the basketball 32 seconds into the video, and the dunk is completed one minute twenty-three seconds later (with three audible farts along the way). 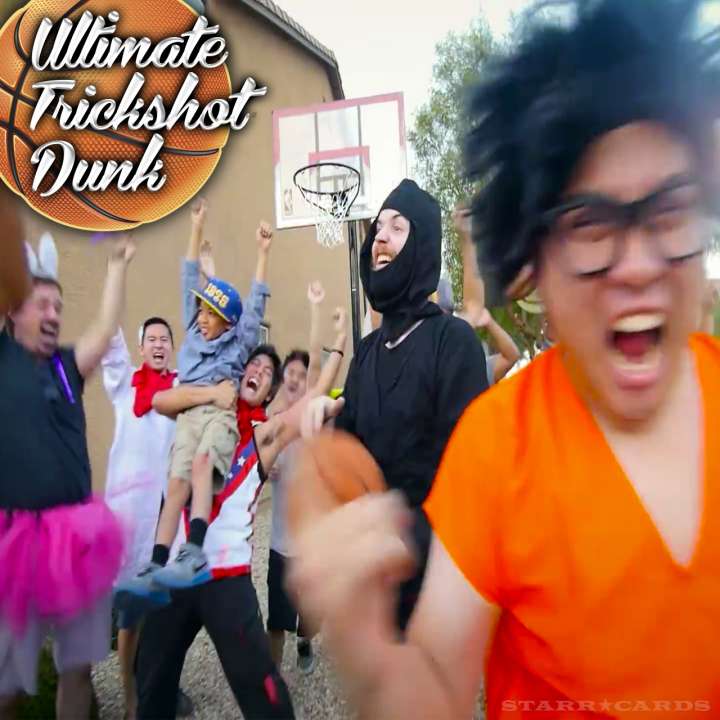 A video featuring bloopers and behind-the-scenes action from intricately-planned dunk, captures the many triumphs and tribulations that went into pulling off the ultimate trick shot.

LIFETIME IN THE MAKING

While the dunk was filmed at Higa’s pad in Las Vegas, the real story on how it came to fruition begins long, long ago in Hilo, Hawaii — on June 6, 1990, to be precise.