The Toronto Maple Leafs set a franchise record with eleven consecutive loses culminating in last Friday’s 4-1 drubbing by the New Jersey Devils. Then, over the weekend, one fan’s parody anthem video went viral and the malaise was broken. On Saturday, the Leafs crushed the Oilers in Edmonton, 5-1.

If the Leafs can build on their one-game winning streak tonight versus the New York Rangers, it’s going to increasingly look like there’s a causal relationship between their fortunes and the song’s release. It’s performed by singer-songwriter Steven Ryan of St. George, Ontario — a Leafs backer for the past six painful years which saw the team make the playoffs just once. 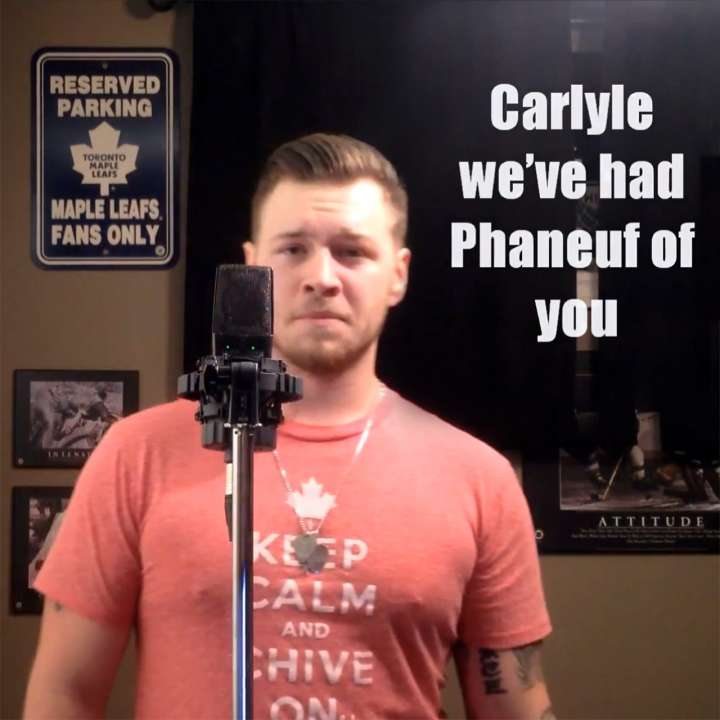 DO OR SAY SOMETHING

Ryan’s Do Something is a parody of A Great Big World & Christina Aguilera’s Say Something, which can be seen here in all of its saccharine glory.