New York City’s infamous year-round street football league is to tag football, as the hard-hitting NFL is to Pop Warner. Protective gear and rules designed for player safety are eschewed for a raw form of the sport in keeping with the rough and tumble streets from which it was born. 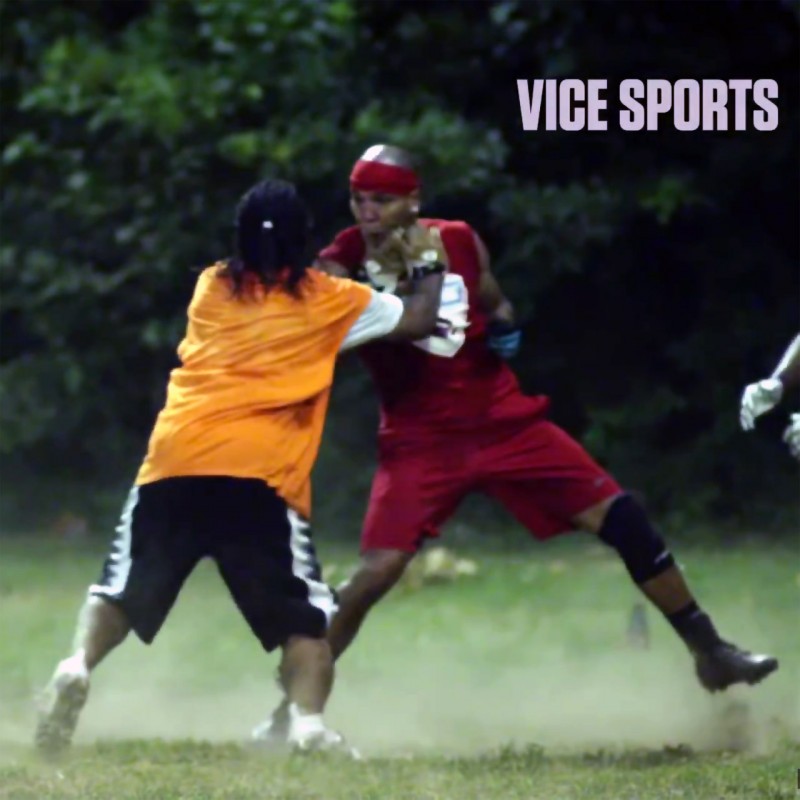 ''You see guys betting on a game four, five thousand dollars, and pay it right there at the end of the game. They took a little bit of the NFL-type money thing like the owners would do for their players, into the hood.''

All of today’s teams originated in the 1970s from the Bronx, where games were played on concrete with little regard to life or limb. While the average NFLer makes more than $100,000 per game, a successful street football player can realize almost as much over the course of the entire year, if they make it all the way to the sport’s grand finale — the Street Bowl Championship.

VICE Sports produced a six episode series on the street bowl league that tracked the teams in their quest for the title. Episode two of Kings of the Underground sees the first day of competition get under way and digs deeper into the lives of two of the league’s most notorious general managers; O.G. Pamz of Carver Mobb, and Swiss of Undarated.

BATTLE FOR THE FINAL FOUR

Episode three, sees favorites Carver Mobb and Undarated play to advance to the final four, and introduces us the characters behind IOD and Violaters as they go head-to-head to stave off elimination.

Episode four of Kings of the Underground sees the storied Hustlers squad take on unique street football newcomers AFC for the opportunity to advance to the final four.

Next up in the documentary series, the semifinals…