If you’ve ever stridden across the concrete bumpers in a parking lot, you’ve experienced a wee bit of the challenge that a British freerunning foursome discovered along their country’s southern coast.

Kie Willis and Joe Hendo of Storm Freerun were joined by Nate Weston and Jai Battrick to attempt the longest stride challenge they had ever come across.

The intrepid freerunners congregated at a long breakwater (or groyne) at the mouth of the River Ouse, which empties into the English Channel just a few miles east of the popular seaside resort town of Brighton. 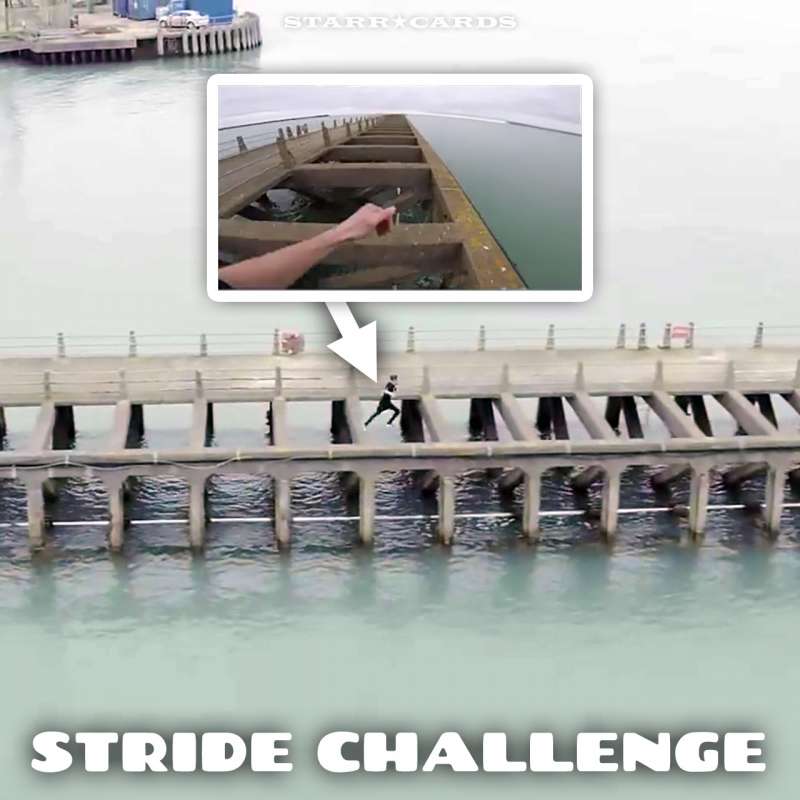 Adding to the challenge of leaping across more than 100 irregularly-spaced piles, was a salty winter wind that partially blinded the brave bounders as they progressed out onto the breakwater. Only Hendo, the last runner of the group, was able to make it all the way to the end.

TAKING IT ALL IN STRIDE

For the perfect soundtrack to accompany your own stride challenge, have a listen to Marcia Hines’ album Take It From the Boys which peaked at No. 16 on the Australian chart in 1981. The last track is entitled “Taking it All in Stride”.