Before the 2013 football season even got underway, Seahawks fan Tim Connors boldly got a tattoo proclaiming Seattle as the Super Bowl champs. As fate would have it, the Seahawks lived up to his ink by demolishing the Broncos in the title game. Ever since this astute bit of soothsaying, we’ve been consulting Starr Cards’ resident tattoo oracle to pick NFL divisional winners based upon fan ink.

The NFC North has long been known as the ‘Black and Blue Division” for it’s especially physical play. These tats go above and beyond the call of duty to include black, blue, green, orange, yellow, red and more…

If your tattoo isn't a Pizza eating #Ditka bear you're doing it wrong… #ChicagoBears pic.twitter.com/5kRFJuJOz4

After careful consideration of the tattoos, the oracle picked the Detroit Lions to win the NFC North. Her selection, in this case, wasn’t based on the quality or originality of the artwork, but the fan’s audacious commitment of skin real estate to an ongoing long-shot pick. 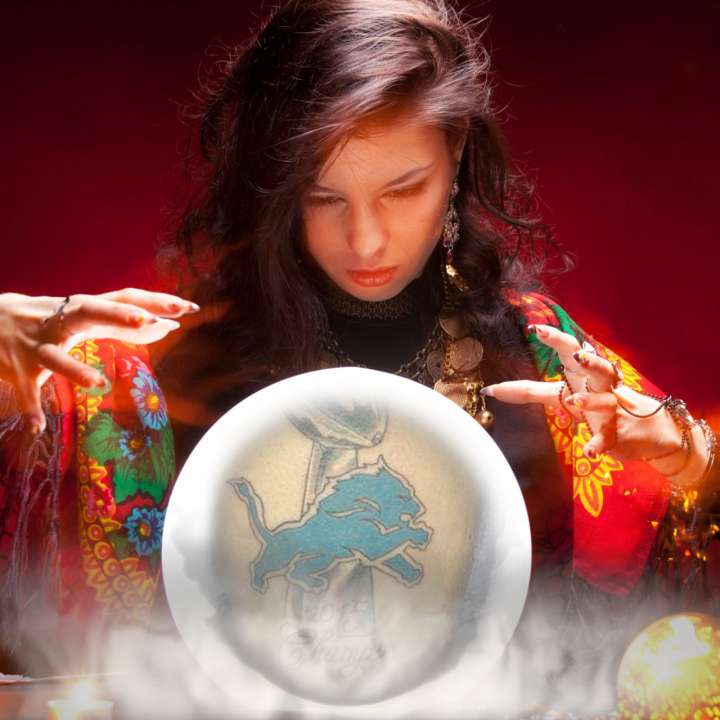 In case you’re wondering, the tattoo in question belongs to Lions’ backer David Morian of Grand Blanc, Michigan. He had the original work done on June 13, 2014 — a Friday the 13th, then had it updated in January, 2015. The oracle foretells he’ll have it amended again for the 2017 season. You can read more over at The Oakland Press.