Among college football’s cavernous stadiums, the appropriately nicknamed Big House is the biggest of them all. Seating in excess of 115,000 fans, Michigan Stadium is not only the largest sporting venue in the United States, but the second largest in the whole world. 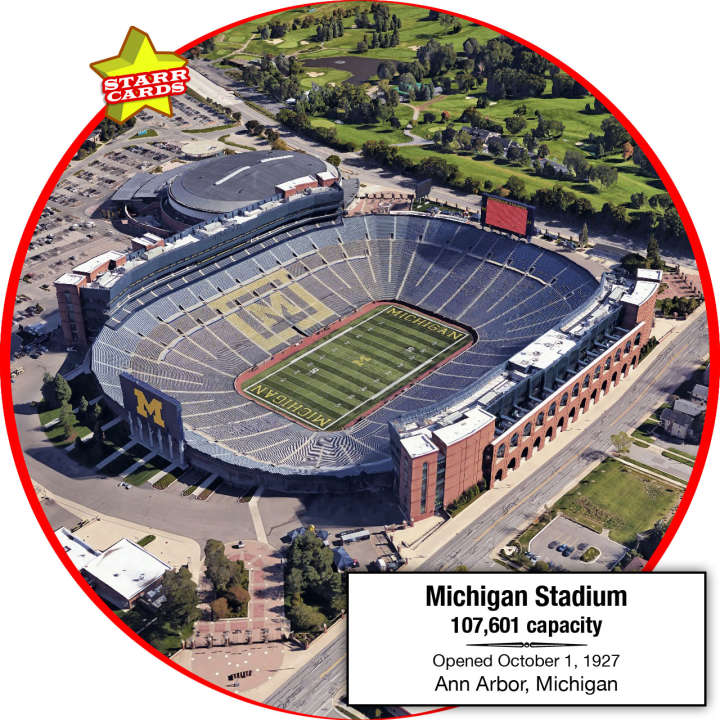 Since it’s opening in 1927, Michigan Stadium has played home to a legion of legendary Wolverines football team, which produced Heisman winners Tom Harmon, Desmond Howard, and Charles Woodson. In 2013, it was also the site of the largest-ever college football crowd, when 115,109 watched the Wolverines battle it out with the Notre Dame Fighting Irish. 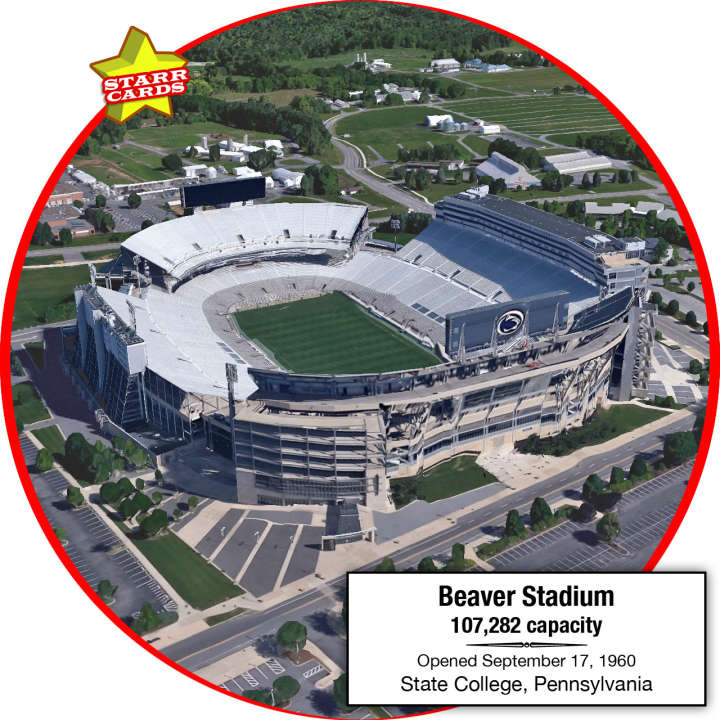 Home to the Penn State Nittany Lions football team, Beaver Stadium is named after an 19th century governor of Pennsylvania, and not Oregon State’s mascot. The stadium had a record crowd of 110,753 for Penn State’s 40–7 victory over Nebraska on September 14, 2002, and is recognized for having one of the most raucous student sections in the country. 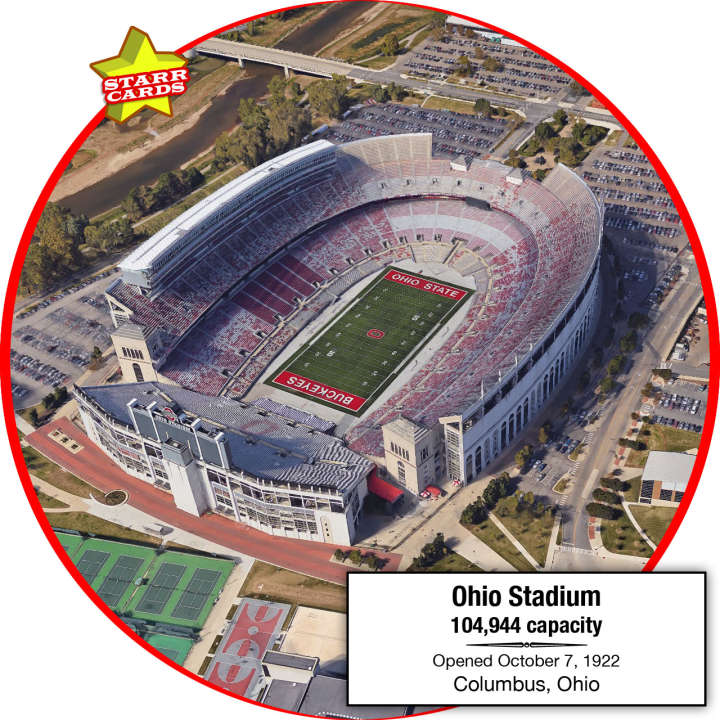 Situated on the bank of the Olentangy River, Ohio Stadium, more commonly known as “The Horseshoe.” The stadium has played host to U2, The Rolling Stones, Pink Floyd, and Genesis, but it never rocks out as much as during the Ohio State football games. Fueled by students in the South Stands, Buckeye fans will chant O-H-I-O by section, and sing along to The White Stripes “Seven Nation Army” after big plays. 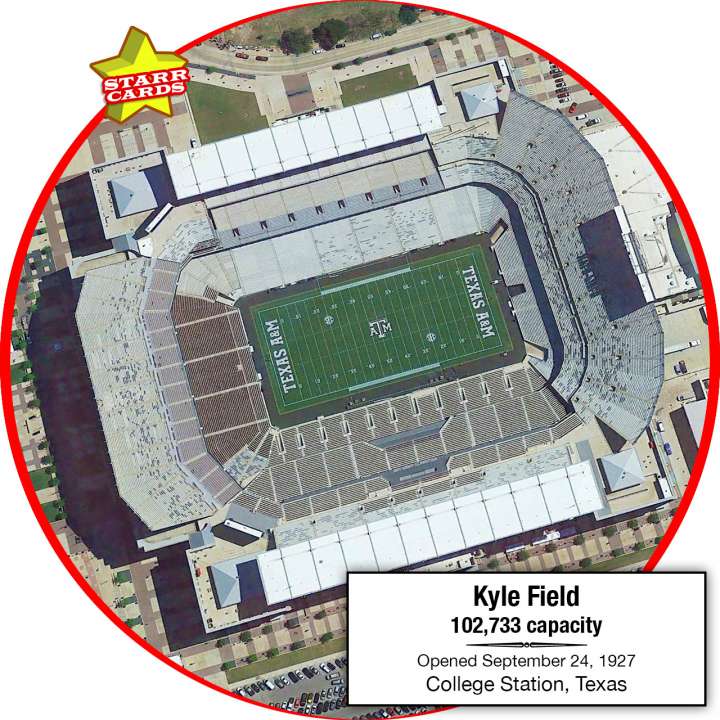 Kyle Field is named for Texas A&M horticulture prof who in 1904 carved out space for the stadium’s current site from agricultural land on campus. Known as ” Home of the 12th Man,” Kyle Field once packed in and SEC and state of Texas record 110,631 fans when the Aggies hosted the Ole Miss Rebels. 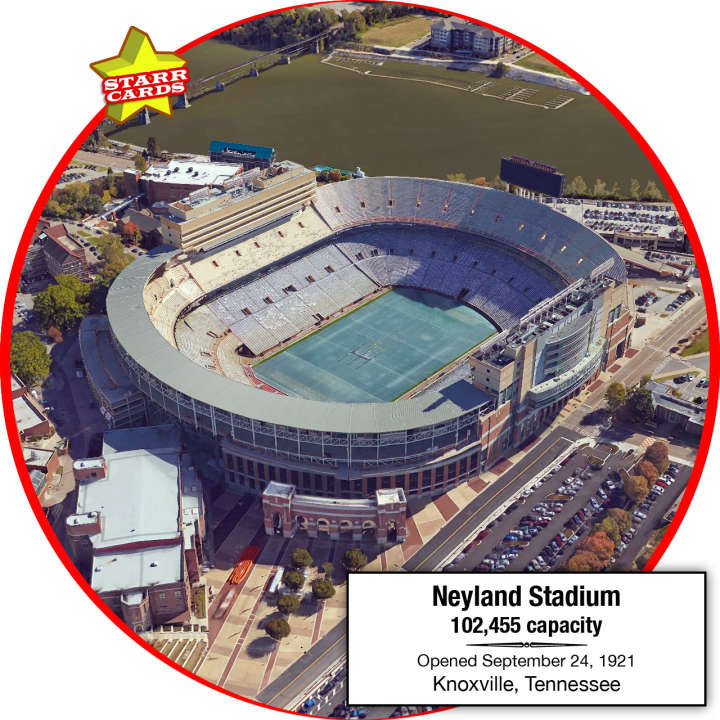 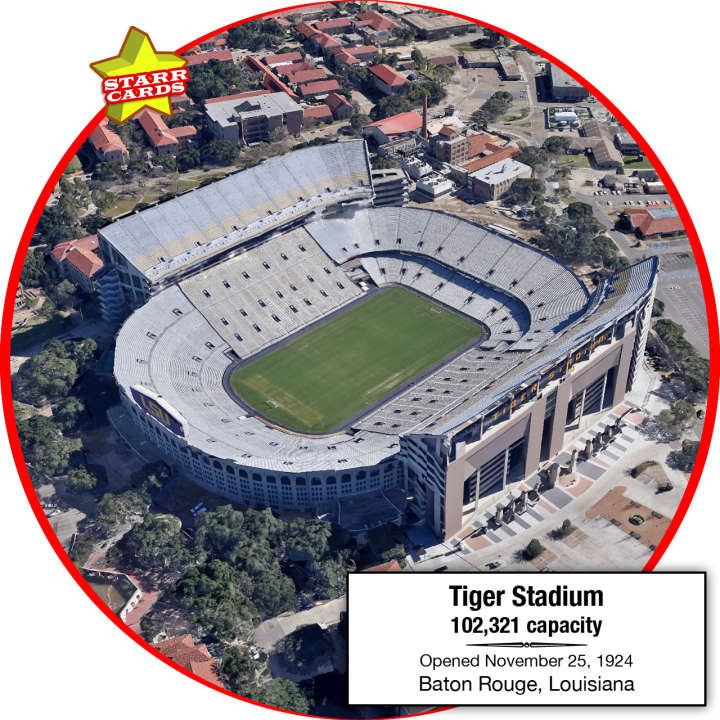 For baseball fans, Tiger Stadium refers to the erstwhile home to the Detroit Tigers, but for football fans in SEC country, it is the intimidating home turf of the Louisiana State football team. Known as “Death Valley,” it has been variously described as the loudest stadium in all of college football, worst place in the world for a visiting team, and best place in the world to watch a sporting event. 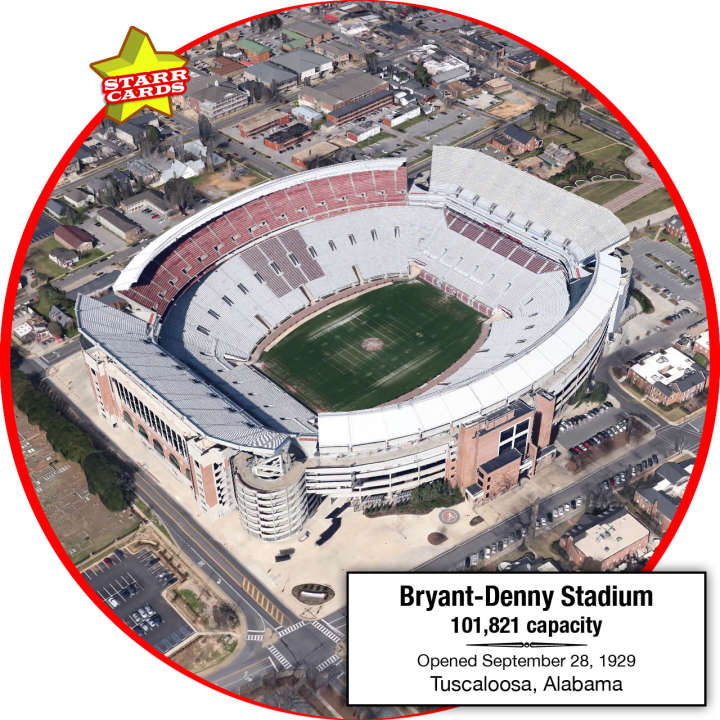 Originally named Denny Stadium, after the university’s president from 1912 to 1932, Bryant was prepended to the name in 1975 in honor of longtime football coach Paul “Bear” Bryant. Don’t be surprised if the stadium’s name gets amended again after Nick Saban concludes his highly-successful stint as head coach. Saban-Bryant-Denny Stadium has an interesting ring to it… 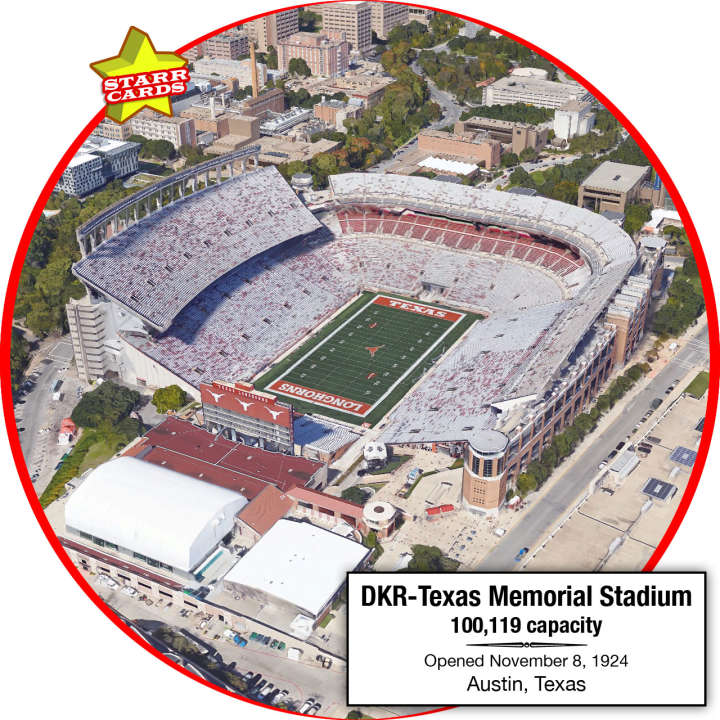 In 1996, the University of Texas added the name of former football coach Derrell K. Royal to their stadium’s name. Royal guided the Longhorns to three national championships and eleven Southwest Conference titles from 1957-76. 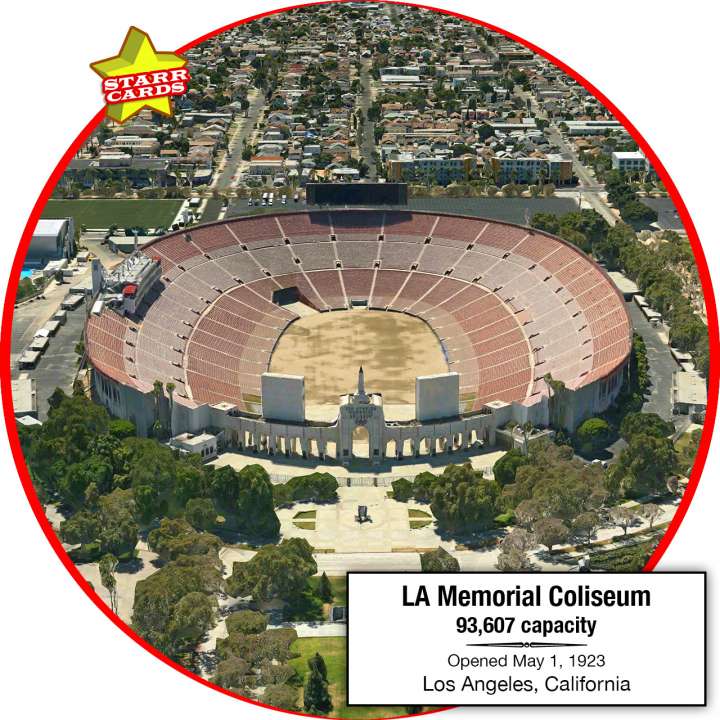 In 2028, the Los Angeles Memorial Coliseum will become the first stadium to have hosted the Summer Olympics three times. When it’s not hoisting the Olympic Rings flag, it is home to the Los Angeles Rams and USC Trojans football teams. 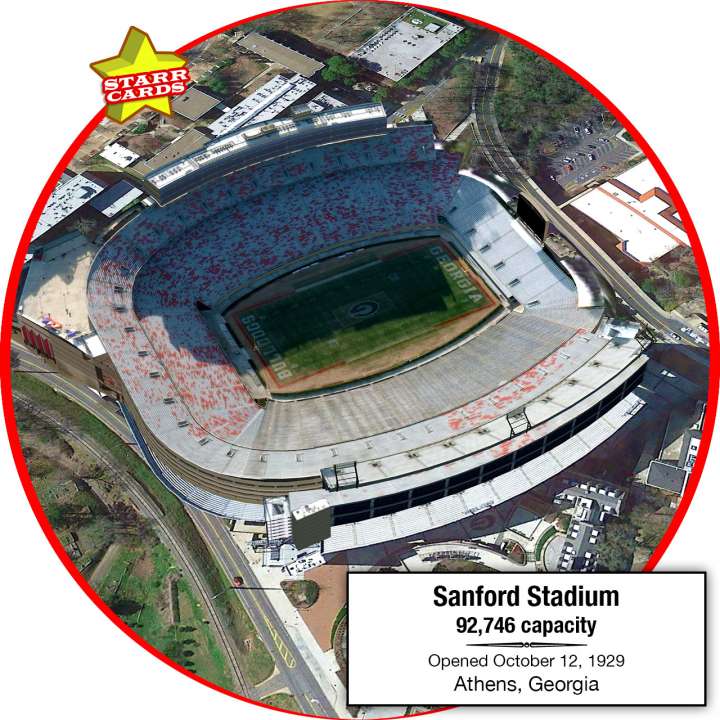 Games played at the Georgia Bulldogs’ Sanford Stadium are said to be played “Between the Hedges” due to the field being surrounded by privet hedges, which have been a part of the design of the stadium since it opened in 1929.