It’s hard enough for a college football quarterback to balance off-the-field classwork with attending practice and memorizing the playbook, but add the threat of a hotshot transfer coming in to take away your position on the team and the stress becomes downright unbearable.

With help from a crack team of makeup artists, Detroit Lions quarterback Jared Goff (back when he was still with the LA Rams) was transformed into Dreaj Foge (pronounced Dray) before he paid a pranking visit to Ventura College, a JUCO football powerhouse in sunny Southern California. 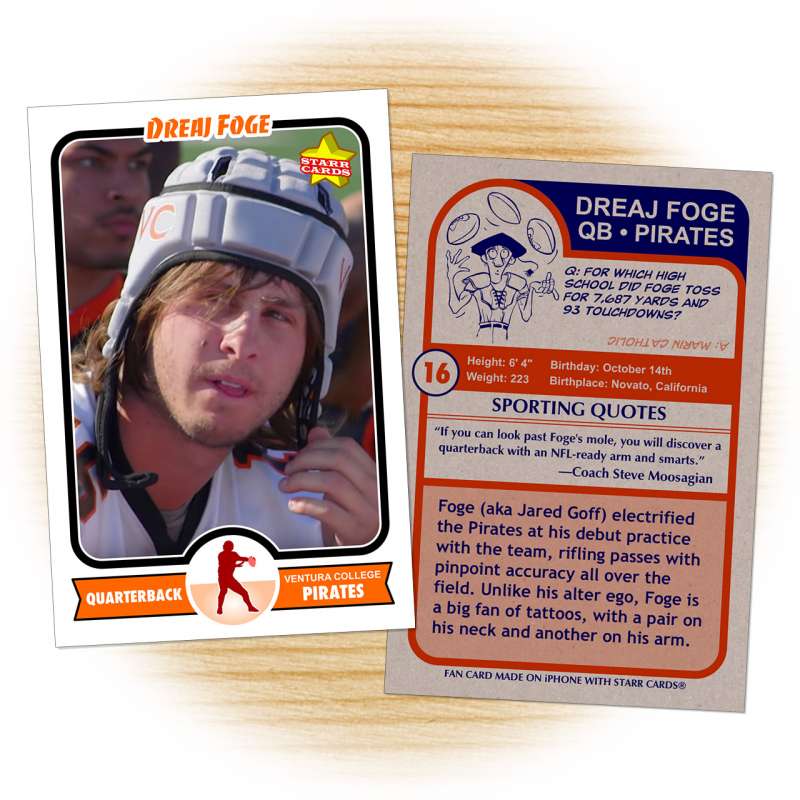 Goff and the coaching staff at Ventura College — including head coach Steve Moosagian (real name!) — tricked the team into believing he was the hotshot newcomer eyeing the starting QB job, which would pose a threat to the team’s actual quarterbacks looking to get four-year rides. When Goff got serious about slinging balls all over the field in 7-on-7 drills, the real drama started.

GOFF TO THE RACES

In real life Goff attended Cal Berkeley where he set 26 school records for the Bears, including passing yards (12,220) and TD passes (96). He is second, only to Aaron Rodgers on Cal’s all-time list for passing efficiency (143.95).