The balls employed in a number of the world’s biggest sports are inflatable (see basketball, football, soccer and volleyball), which naturally means they can also be overinflated. And that’s just what a number of YouTubers have recorded on video… to explosive effect.

In 2017, Daniel Gruchy of the Slow Mo Guys exacted revenge on a Franklin soccer ball after taking one repeatedly to the noggin, by pumping it full of air until it popped. 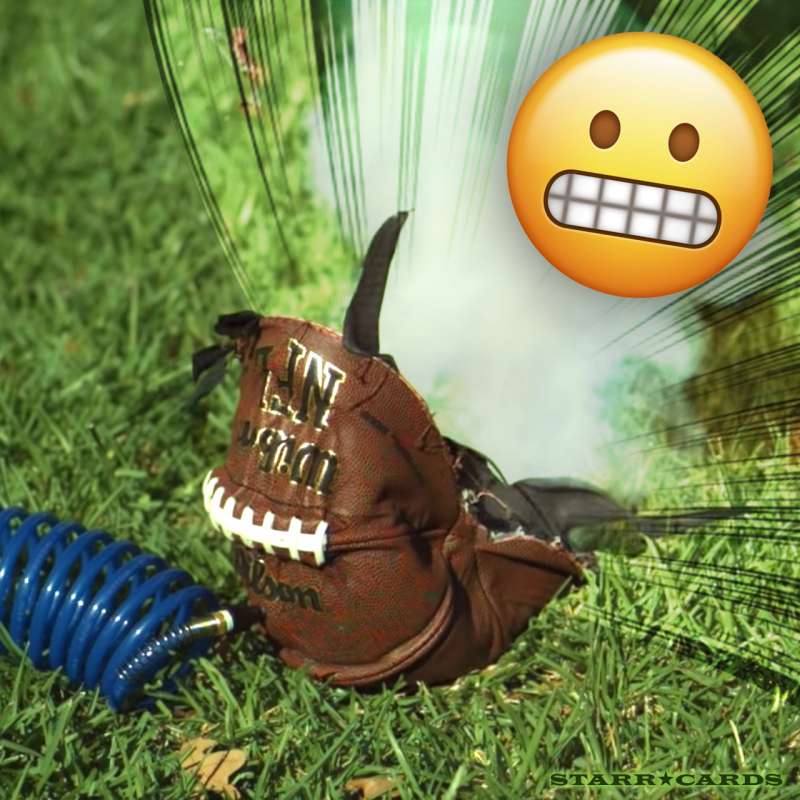 Gruchy and Gavin Free also used their electric air compressor to explode a perfectly-innocent Wilson NFL football. Before popping, both the soccer ball and football split along a seam, which caused the rubber-bladder within to distend like a blister.

Not surprisingly, the yoga ball, being the biggest of the five, took the longest to fill with air before exploding in spectacular fashion, while the basketball withstood the highest pressure reading and travelled the furthest upon popping.