Jumping a single rope twirled by a couple friends can be challenging enough, but imagine multiplying the challenge one hundred fold and performing in front of TV cameras. As crazy as it sounds, that’s just what Chinese youngster Wang Zhuoxin did to break a world record.

Performing in front of the iconic Bird’s Nest stadium in Beijing, Zhuoxin was circled by her schoolmates from Zhuang Central Primary School who swung two ropes each for a total of 110 moving in unison. Zhuoxin jumped at the nexus of the ropes 112 times in a row to officially break the world record for Most Ropes Skipped. 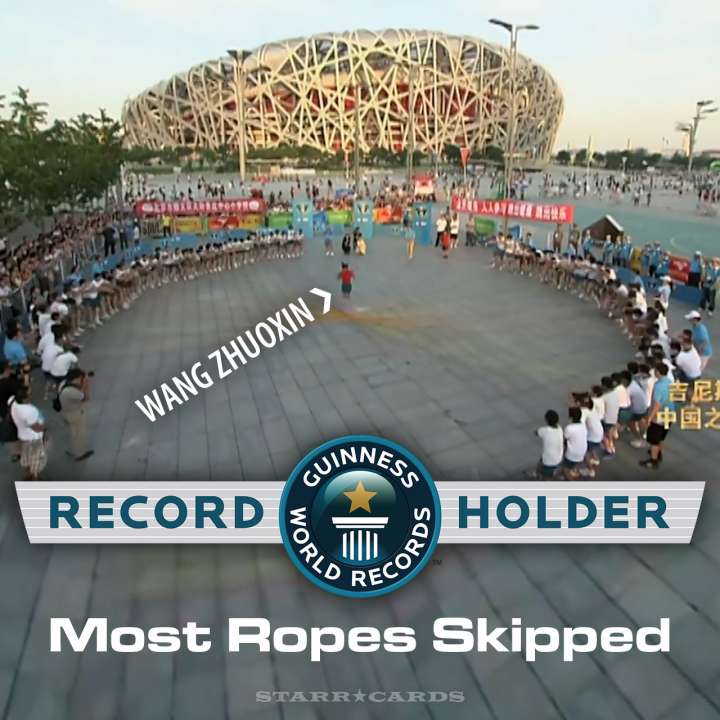 The tangle of ropes at their intersection was so bulky, that Zhuoxin had to jump forward to clear them, then take several steps back for the next iteration. The previous record stood at 90 ropes and was achieved in 2010 by Ma Liang and the students of Jiang Bei Ting Tang Primary School in Dong Yang City, China. 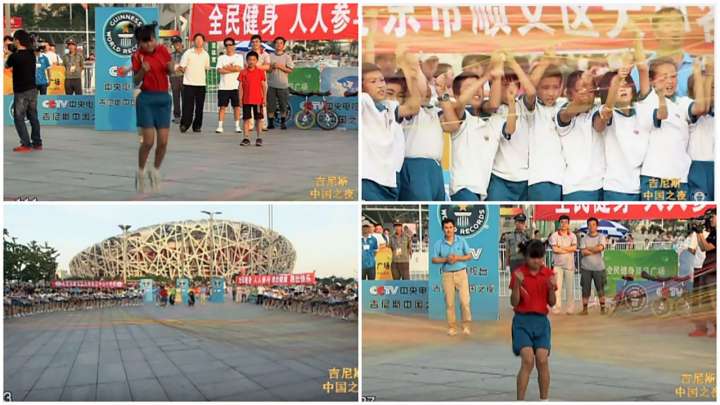 Zhuoxin’s feat is just one of several jump-rope records broken in the Far East over the past few years. China’s Xen Xiaolin set the record for Fastest to Skip a Jump Rope 1000 Times, while Japan’s Sadatoshi Watanabe achieved the Most Bum Skips in 30 Seconds and school kids from Fuji, Shizuoka, Japan set an official Guinness World Record for the Most Skips Over a Single Rope in One Minute by a Team.

Europeans haven’t been completely shut out of the record-breaking frenzy. Ukrainian Vitali Kirsch achieved the Fastest 20 Meters Performing the Worm Over a Jump Rope at 21.83 seconds on the set of ‘Lo Show dei Record’ in Rome, Italy, on March 28, 2012.